November 5, 2022 by Brian Weiner No Comments 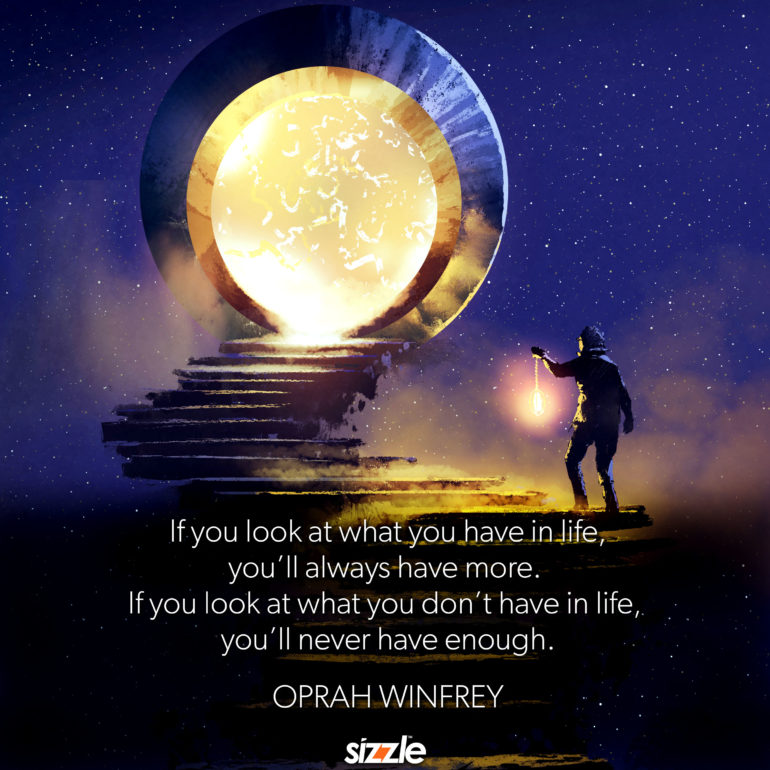 I think my first exposure to Oprah Winfrey was in The Color Purple. She was breathtaking, heart-wrenchingly brilliant in that role. Later, at The Illusion Factory, we were so fortunate to do all the international creative marketing on several of her outstanding productions, including the Emmy Award-Winning Outstanding Movie of the Year, Tuesdays With Morrie, Starring Jack Lemmon in the title role. (He won the Best Actor for this role.) If you have never watched  this film, you must go find it (and read the book by Mitch Albon as well) Both truly brilliant.

More importantly, the lessons learned by your exposure to Morrie are mandatory material in life.

Morrie’s philosophy is so readily represented in Oprah’s quote above.

We see things not as they are, but as we are. It is only through the filter of our own reality that we are able to discern anything in our world. As soon as we opt to make a comparison to what the majority of humanity has or is going through, we are quickly able to put some of the things that are most troubling to us in real perspective.

We may feel exasperated by inflation and increasing gas prices….but imagine for a second what it would be like, living in one of the cities that is getting bombed in the Ukraine? Does the price of gas suddenly seem so ominous in your world?

There are so many resources for us to garner that stimuli to hold our reality-shaping perspectives in position. I have found my own personal refuge in the words of sages of all types. That’s why I share them, in the hopes they pass value of substance. You never know which thought might be “the impetus” that catapults your life in “the” direction.

Ms. Winfrey has been exemplary in promoting, promulgating, and producing extraordinary efforts in this  space.