April 23, 2022by Brian WeinerNo CommentsChanging The World One Thought At A Time., Lessons From The Mountain 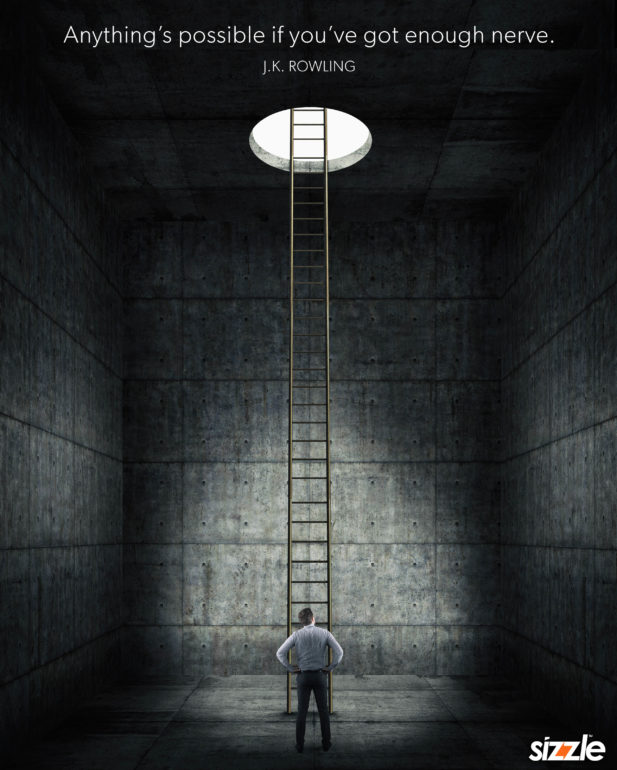 Are you feeling like life is throwing you curve balls? Do you wonder how you are ever going to pull through?

It all boils down to your mindset. With your focus in the right places, you can (and will) overcome any obstacle in your path.

Rowling’s credentials to make such a statement speak for themselves….

Rowling sought government assistance and got £69 (US$103.50) per week from Social Security; not wanting to burden her recently married sister, she moved to a flat that she characterized as mouse-ridden. She later described her economic status as being “poor as it is possible to be in modern Britain, without being homeless”. Seven years after graduating from university, she saw herself as a failure. The “grinding effects of poverty, coupled with her concern for providing for her daughter as a single parent, caused great hardship”.  Early in the year, Rowling began to experience a deep depression and sought medical help when she contemplated suicide. With nine months of therapy, things gradually improved. She filed for divorce on 10 August 1994 and the divorce was finalized on 26 June 1995.

Rowling wanted to finish the book before enrolling in a teacher training course, fearing she might not be able to finish once she started the course. Secretarial work brought in £15 ($22.50) per week, but she would lose government benefits if she earned more. Rowling began a teacher training course in August 1995 at Moray House School of Education after completing her first  novel. She earned her teaching certificate in July 1996. Rowling later said that writing the first Harry Potter book had saved her life and that her concerns about “love, loss, separation, death … are reflected in the first book”.

Rowling completed Harry Potter and the Philosopher’s Stone in June 1995.  Her manuscript was submitted to twelve publishers, all of which rejected it. Barry Cunningham, who ran the children’s literature department at Bloomsbury Publishing, eventually bought it. Although Bloomsbury agreed to publish the book, one of Rowling’s favorite memories was of Cunningham telling her, “You’ll never make any money out of children’s books, Jo.”

Every last aspect of your success comes from one single source.

Your belief in yourself.

Regardless of anything that anyone may say or do to convince you otherwise, belief in yourself is omnipowerful and absolutely critical to your success.

Everyone has moments of doubt. I am certain that as she lay in her flat with mice scampering all about, she must have had the most oppressive thoughts of despair and anxiety. There were moments where her faith in everything she had hoped to be must have been completely shaken to the core.

But, at the end of the day, the only reason she is the Queen of Children’s Literature is because she had the nerve to keep at it. Regardless of every last possible setback in her path, she found the courage and determination to press on. In the light of every negative feedback that the world around her gave her, she felt deep within that she was on the right path.

Is this an anomaly? I will let you decide.

But as a life perspective, it is as core a truth as they come. 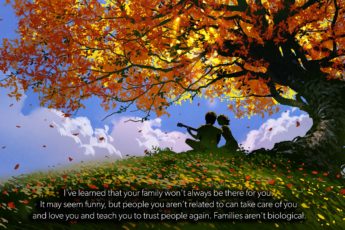 I’ve learned that your family won’t always be there for you. It may seem funny, but people you aren’t related to can take care of you and love you and teach you to trust people again. Families aren’t biological. 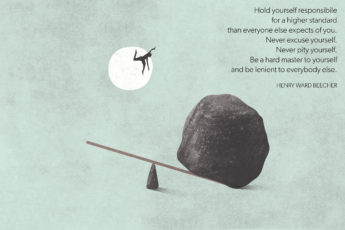 Hold yourself responsible for a higher standard than everyone else expects of you. Never excuse yourself. Never pity yourself. Be a hard master to yourself and be lenient to everybody else. 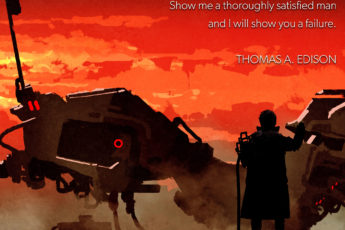 Is It Possible To Be Thoroughly Satisfied?

« Previous post
What is a soul? It’s like electricity – we don’t really know what it is, but it’s a force that can light a room.
Next post »
Pain makes you stronger. Fear makes you braver. Heartbreak makes you wiser. So thank your past for a better future.