March 17, 2021by Brian WeinerNo CommentsChanging The World One Thought At A Time.

Before I was humiliated, I was like a stone that lies in deep mud, and he who is mighty came and in his compassion raised me up and exalted me very hight and placed me on top of the wall. 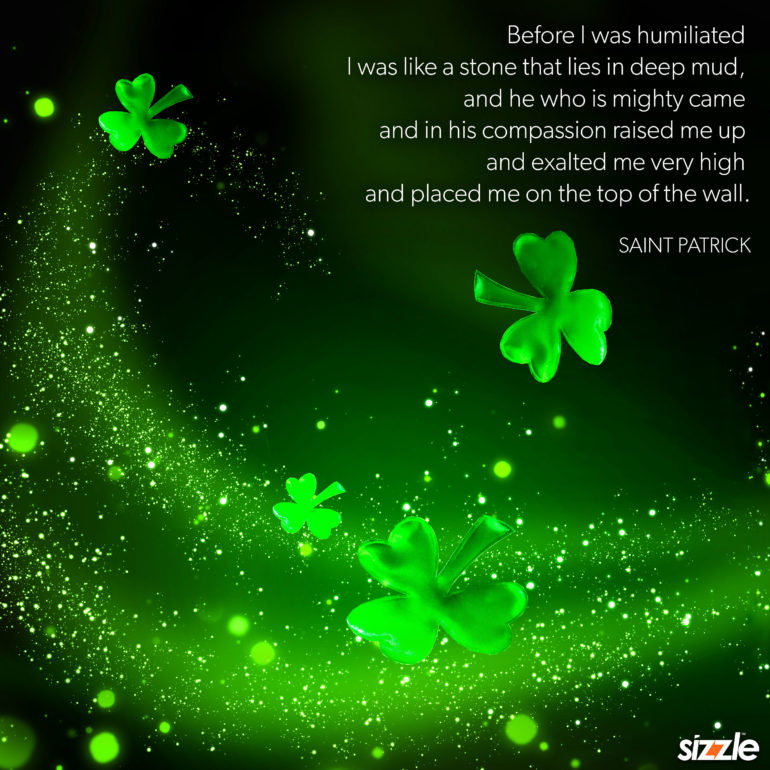 Admittedly, I knew zero about Saint Patrick prior to my research this morning.  I read all of Saint Patrick’s known quotations and sensed a man who had the toughest of chapters in life as a slave owned by a Celtic priest. As I read his story and his quotes, I pieced together the man and the myth. The Irish have a proud heritage and were scorned like most immigrants upon arrival in the US. Eventually they found their footing and position in the country, but it was not an easy road.

While St. Patrick’s Day is now associated with wearing green, parades (when they’re not canceled) and beer, the holiday is grounded in history that dates back more than 1,500 years. The earliest known celebrations were held in the 17th century on March 17, marking the anniversary of the death of St. Patrick in the 5th century

Much of what is known about St. Patrick’s life has been interwoven with folklore and legend. Historians generally believe that St. Patrick, the patron saint of Ireland, was born in Britain (not Ireland) near the end of the 4th century. At age 16 he was kidnapped by Irish raiders and sold as a slave to a Celtic priest in Northern Ireland. After toiling for six years as a shepherd, he escaped back to Britain. He eventually returned to Ireland as a Christian missionary.

Among the legends associated with St. Patrick is that he stood atop an Irish hillside and banished snakes from Ireland—prompting all serpents to slither away into the sea. In fact, research suggests snakes never occupied the Emerald Isle in the first place. There are no signs of snakes in the country’s fossil record. And water has surrounded Ireland since the last glacial period. Before that, the region was covered in ice and would have been too cold for the reptiles.

The red-haired, green-clothed Leprechaun is commonly associated with St. Patrick’s Day. The original Irish name for these figures of folklore is “lobaircin,” meaning “small-bodied fellow.” Belief in leprechauns likely stems from Celtic belief in fairies— tiny men and women who could use their magical powers to serve good or evil. In Celtic folktales, leprechauns were cranky souls, responsible for mending the shoes of the other fairies.

The shamrock, a three-leaf clover, has been associated with Ireland for centuries. It was called the “seamroy” by the Celts and was considered a sacred plant that symbolized the arrival of spring. According to legend, St. Patrick used the plant as a visual guide when explaining the Holy Trinity. By the 17th century, the shamrock had become a symbol of emerging Irish nationalism. 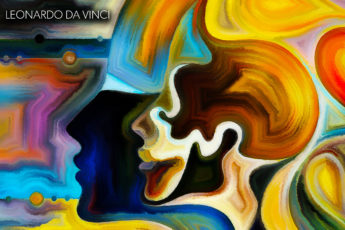 The greatest deception men suffer is from their own opinions. 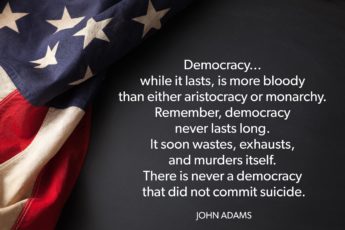 Democracy... while it lasts is more bloody than either aristocracy or monarchy. Remember, democracy never lasts long. It soon wastes, exhausts, and murders itself. There is never a democracy that did not commit suicide. 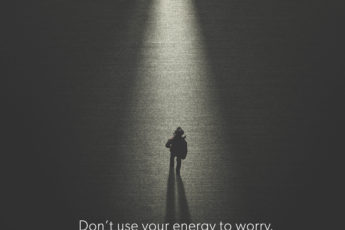 « Previous post
I’ve learned that no matter the consequences those who are honest with themselves get farther in life.
Next post »
There behind a glass Stands a real blade of grass Be careful as you pass Move along! Move along!