October 20, 2021by Brian WeinerNo CommentsChanging The World One Thought At A Time.

Do not go where the path may lead, go instead where there is no path and leave a trail. 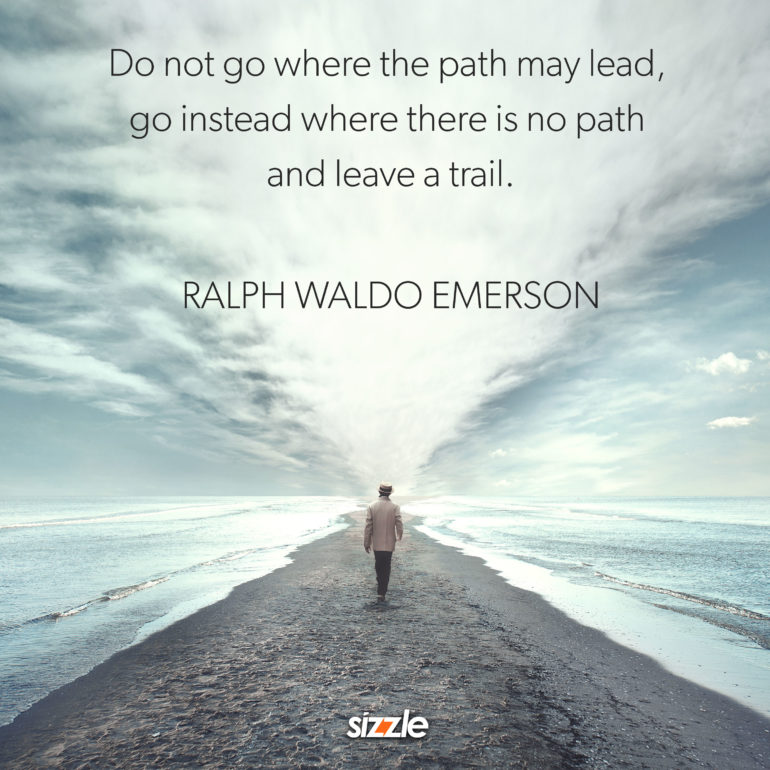 Easy for Emerson to say, I wonder which trails Emerson ultimately created.

Going off the beaten path in life is a poet’s dream and and entrepreneur’s bane. To both the poet and entrepreneur, it sounds lofty, ambitious and desirable at the outset. Why not? Forge the way. Leave the others behind. Go where no one else has ventured before you.

If you were Einstein or Hawking, your brain went to the far reaches of the Universe, trying to assign order and purpose and rules/laws to the great unknown.

And if you were Salvador Dali, Pablo Picasso or Leonardo da Vinci, you were venturing into art forms and experiences that challenged the mind, offended the critics and caused everyone to take umbrage to your expressions.

Forging your own path comes with a huge price. It forces you to recognize that the rules are gone. The expectations that you and others have of yourself are less applicable. The factors that you take for granted are removed. The foundation on which you stand is faulty or nonexistent. All that remains is your force of will.

My mother’s best friend used to say…. There are no rules about leaping into the unknown. No one has ever been there before.

That thought is very inviting at the outset of the journey. There is traditional glamour and danger and intrigue in stating that you will attempt something of that magnitude. It is another thing when you are Teddy Roosevelt and his son venturing down a portion of the Amazon river that no Caucasian had ever seen, and encountering a black panther jumping out of the forest and coming straight at you. (If you have not read River of Doubt, you must. It is one of the greatest adventure stories, and as factual as any account of that magnitude could possibly be.

The point for today is simple. There is the romantic side of pursuing that which has never been done. I am sure Emerson forged his own trails and took on the problems that arise with such a choice. But there is also the dark, scary side of the reality of doing such an experience.  And once you are in the unknown, there are no rules to save you. There is no known value upon which you may stand or count upon. There is only courage that propelled you into this journey, and the solace you may take from knowing that other pioneers weathered similar conflicts, fears, trials and tribulations. And a deep sense of self that must be capable of assuring you in your greatest moment of fear (like a black panther lungeing out of the dark jungle to attack you) that you are armed with what it takes to succeed.

The journeys vary in size and magnitude for everyone. For some it is taking on a load of classes that seem overwhelming in their expectations of you and in their requirements of your fortitude. For others, it is a career path, fraught with uncertainty and zero guarantees of success.

Whichever your journey propels you into, you really only have one resource that you can fully count on.

And that is simply, yourself.

All the more reason to spend every day finding new and imaginative ways of improving oneself in ways that may appear wholly unnecessary today, but could well become the variable that one day keeps you from becoming a new dish on a black panther’s menu. 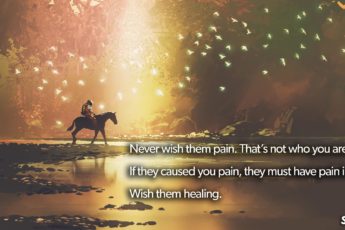 Never wish them pain. That’s not who you are. If they caused you pain, they must have pain inside. Wish them healing. 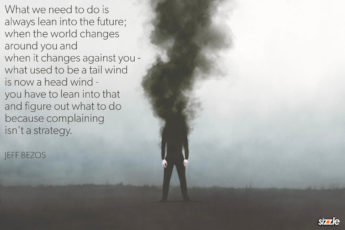 What we need to do is always lean into the future; when the world changes around you and when it changes against you - what used to be a tail wind is now a head wind - you have to lean into that and figure out what to do because complaining isn't a strategy. 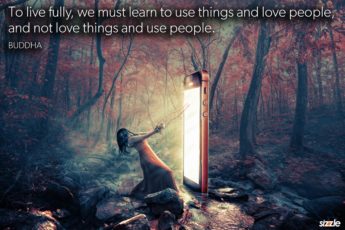 To live fully, we must learn to use things and love people, and not love things and use people.

« Previous post
When there’s a setback, someone with a fixed mindset will start thinking, ‘Maybe I don’t have what it takes?’ They may get defensive and give up. A hallmark of a successful person is that they persist in the face of obstacle, and often, these obstacles are blessings in disguise.
Next post »
It is not the greatness of a man’s means that makes him independent, so much as the smallness of his wants.