November 30, 2021by Brian WeinerNo CommentsChanging The World One Thought At A Time., Lessons From The Mountain

I believe life is a series of near misses. A lot of what we ascribe to luck is not luck at all. It’s seizing the day and accepting responsibility for your future. It’s seeing what other people don’t see and pursuing that vision. 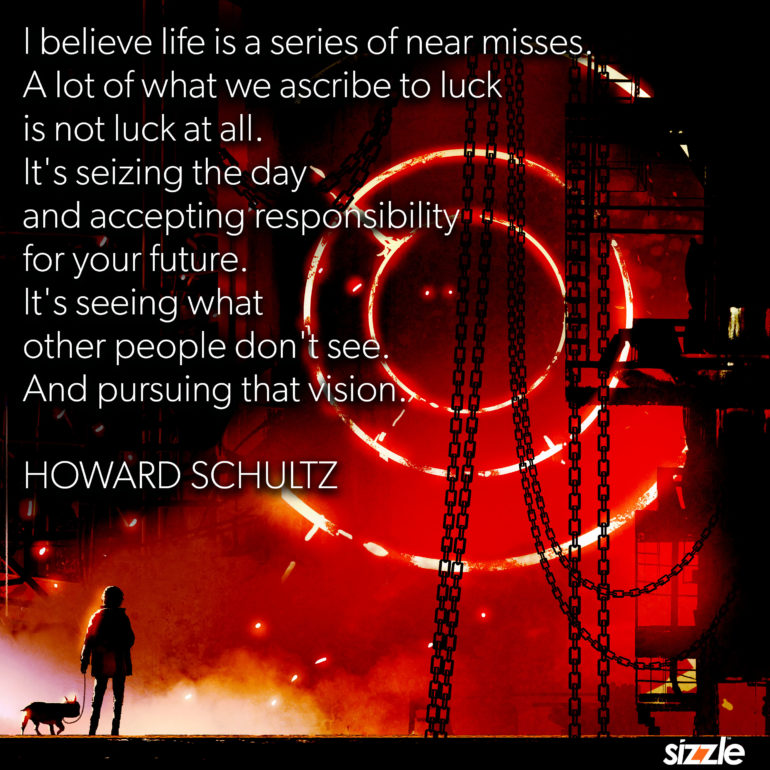 Accepting responsibility for our future is a lofty goal. It sounds mythic at first blush. Legendary, even.

In reality, it can be grim, debilitating, demoralizing, compromising and frustrating… at a minimum. Why bother?

So much easier to get a good job with a future, and aim for the stars and rise in another’s system. Become a golden person in their world who is on a meteoric rise to the top.

This vision is also mythic/legendary and not based in a reality that I have watched.

In order to build Starbucks from scratch, Howard went through a series of circumstances that finally gave way to the Starbucks empire. To his statement above, there were a series of near misses.

One of the single biggest obstacles that an entrepreneur faces is the naysayers. Everyone has a reason why it won’t work. Everyone, upon hearing your idea, has a quick comeback as to why it will never happen.

In the world of Sizzle, the favorite is that NO ONE WILL EVER DOWNLOAD ANOTHER APP.  How many times did the creators of Uber and Lyft hear that? My response is that Sizzle is technology that can install in your app, so I do not have to get the downloads, you already have them. Then the naysayer will find another obstacle.

Finding courage to venture into the unknown is an acquired skill. It starts as a child when you take on something you have never done before like learning a sport, or playing an instrument, or learning a martial art. When you go into the world of “I have never done this,” you are vulnerable and susceptible to whatever early feedback comes to you. If you are around a hypercritical coach or teacher, you are most likely less willing to keep trying when your first failures arise.

But if you receive support and praise and (most importantly) guidance as to how you will accomplish what you are setting out to do, then you will find the courage to try it again, and again and again.

One such example for me was an outside spinning heel kick. I think this was the hardest kick for me to learn in karate. You have to look over your shoulder at your target and then spin your whole body around and plant your heel into the target as your leg swings around like a giant bat.  It looks seriously bad ass when you watch someone do it. I am sure you have seen one. Link below. My first thought was, “At 50 years old, I can never do that!” And the first time I tried, I got dizzy and fell on my butt on the mat. It would have been so easy to admit that I was right, that I could not do it. And that would have been that. But my instructors were adamant that I could do it, and they told me what I was doing wrong. Day after day I practiced. We had a pad that one of our colleagues would hold and we would aim for it. One day, it happened!!! My heel came around and hit the pad. I was freaked out… how did that happen??? Then I did it again, and again, and again, and it became one of my favorite things…. Mostly because I was so sure I could never do it.

Life is full of those moments. You are certain that it is impossible. You convince yourself that this is true. You hope you can do it, but you are full of doubt. The secret is to take the doubt and answer it with… Yeah? Says who? Try it again. Try it again.

The obstacles in life are fast and furious. We are always susceptible to allowing them to dwarf our ambition or our intent. Many in life will allow that to be that and just accept mediocrity as a reasonable goal. But if you really want the ultimate ride in life, you have to seize the day and accept responsibility for your future. You need to make the word impossible a laughable concept. You need to recognize that you are far more powerful than you might ever imagine.

And then you have to go for it with everything you’ve got. Because in life… you are either the person throwing the heel kick or you are the person taking that heel kick to the head. 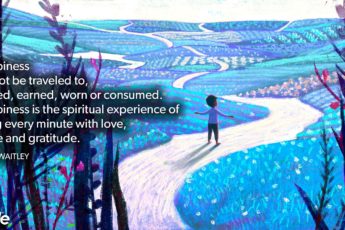 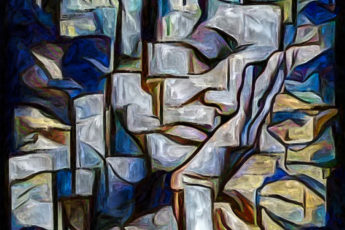 Be kind to the past versions of yourself that didn’t know the things you know now. 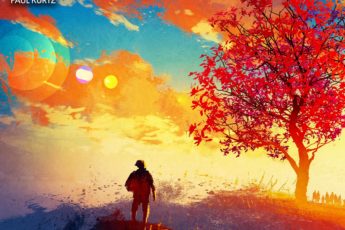 The meaning of life is not to be discovered  only after death in some hidden, mysterious realm; on the contrary,  it can be found by eating the succulent fruit of the Tree of Life  and by living in the here and now as fully and creatively as we can.

« Previous post
Don’t give in to your fears. If you do, you won’t be able to talk to your heart.
Next post »
Instead of buying your children all the things you never had, you should teach them all the things you were never taught. Material wears out, but knowledge stays.