July 12, 2022by Brian WeinerNo CommentsChanging The World One Thought At A Time., Lessons From The Mountain

It’s the lack of hope that kills you.

It’s the lack of hope that kills you.

Continuing in my Ted Lasso series of aphorisms, I enjoyed watching them debate this topic (albeit briefly) on an episode. One of the characters was chiming in about the supposed truism… “It’s the hope that kills you.”  And, as quickly as I refuted that in my mind, so did Ted. He responded that “it is the lack of hope that kills you.”  I could not agree more.

Hope is a saving grace. It propels us in times of darkness and catapults us right back into the light. There are times when it would appear that all hope is lost. Perhaps that is the moment to double down and see it this way.

Personally, I have found that my greatest saving grace comes from staying completely positive in the face of overwhelming odds. I do not recommend that putting yourself in such a position is a wise choice, but should you find yourself there, then hardcore positive thought is your strongest weapon.

Buddha said, “What you think, you become.” Abraham did a riff on Buddha and said, “That which is like unto itself is drawn.”

More important, how do you find the courage to stay optimistic in the face of overwhelming evidence to the contrary? I think that stems from your inner core. Your personality. These, combined with an internal strength, deliver fortitude beyond measure.

I lost my aunt during covid. She was in her 90’s and had spent many years with some very debilitating health issues. To her credit, she never seemed to be down. She always projected a positive energy that struck me as being far above that which I might have summoned were I dealing with the health issues she was coping with. I loved her dearly and if I learned one thing from her (besides how to make chicken with cornflake crust) it was that only optimism will carry the day.

So to Ted Lasso’s point (or more accurately, the writer on the show who created this scene), do not be afraid of hope. It is an internal fuel that summons strength from wherever that strength may come from.  If it comes out of the universe or anywhere else, the hope is your savior. Even when it appears that all hope is lost, the desire to retain hope will drive you to wherever you are destined to be. 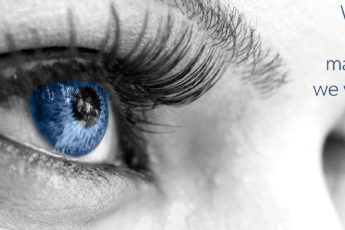 We didn’t realize we were making memories, we were having fun. 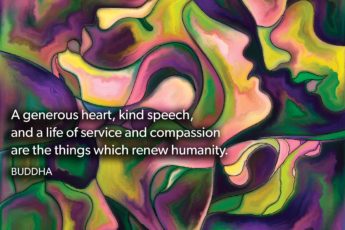 A generous heart, kind speech, and a life of service and compassion are the things which renew humanity. 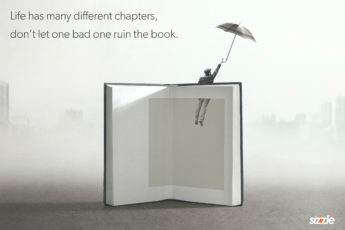 « Previous post
Thinking is difficult, that’s why most people judge.
Next post »
Every disadvantage has its advantage.