July 8, 2022by Brian WeinerNo CommentsChanging The World One Thought At A Time., Lessons From The Mountain

The assassination of Prime Minister Shinzo Abe yesterday left yet another scar on the continued hopes that humanity has the consciousness necessary to rise out of our quagmire of ignorance and elevate to levels of higher states of existence.

His stated hopes that this century would usher in an era in which violation of human rights would transpire, is but a distant glimmer in our rear view mirror as violent assaults are continuing to escalate on par with the political ones.

I believe the only hope for humanity must reside in education of the masses. It is estimated that more than one third of the United States population has the educational equivalent of a sixth grade student. So with a first world power having a large populace of third world citizens, what could possibly go wrong?

An uneducated population is considerably more susceptible to propaganda and are more willing to blindly listen to voices on television or other devices that tell them “the way things are,” even when they are not. The more that a dynamic despot fills them with hatred for scapegoats who are presumably to blame for their impoverished condition, the more the ignorant masses will galvanize into support for some pseudo intelligent leader who will promise to lead them to a promised land.

Human history is continuously populated with such stories and we are living in one at this moment that will put us into a bind from which we cannot escape. It currently is boiling down to whether Pennsylvania can elect a Democratic Governor in this current election. Their failure to do so will enable the Penn legislation to put whatever electors they want to install into the electoral college so as to overturn the votes of the citizens of the state of Pennsylvania and if or when that happens, the United States as we know it, will cease to function as we have all grown to expect. From that point forward, the slow moving coup d’erat that is being waged in our country will have dealt a final blow to Democracy and at that point, I believe we could be headed into a Civil War in the US.

They say the road to fascism is paved with countless signs stating, “You are overreacting!” But the truth is the truth, and to those of us who are watching these details every day with horror, it is slowly happening and when or if it does, we are in a very tough position. We have the former president of the United States stating that he wanted his armed insurrection followers to have access to the nation’s Capital building.  And yet, he is currently the most popular politician in our country.

What causes this?  IGNORANCE.

Yesterday was a tragic loss for Japan and the world. I hope it continues to spark discussion such as the one I have drafted today. We all have our problems and do not want to deal with world issues. But our failure to do will pave the road to our ultimate demise. 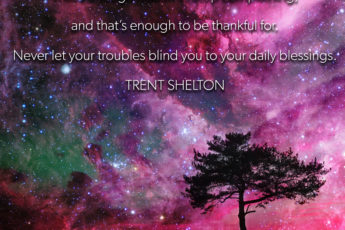 Appreciation And Gratitude Are Key To Your Happiness 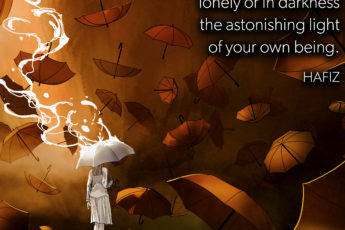 I wish I could show you when you are lonely or in darkness the astonishing light of your own being. 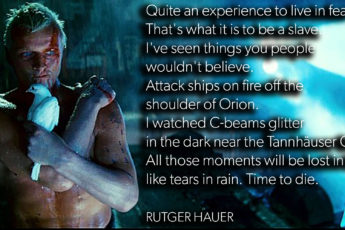 Quite an experience to live in fear isn't it? That's what it is to be a slave. I've seen things you people wouldn't believe. Attack ships on fire off the shoulder of Orion. I watched C-beams glitter in the dark near the Tannhäuser Gate. All those moments will be lost in time, like tears in rain. Time to die.

« Previous post
All experience is an arch wherethrough gleams that untraveled world whose margin fades forever and forever when I move.
Next post »
Respect the old when you are young. Help the weak when you are strong. Confess your faults when you are wrong. Because one day, you will be old, weak and wrong.