October 11, 2021by Brian WeinerNo CommentsChanging The World One Thought At A Time., Lessons From The Mountain

One of the hardest pills I had to swallow was realizing I meant nothing to people that meant a lot to me. 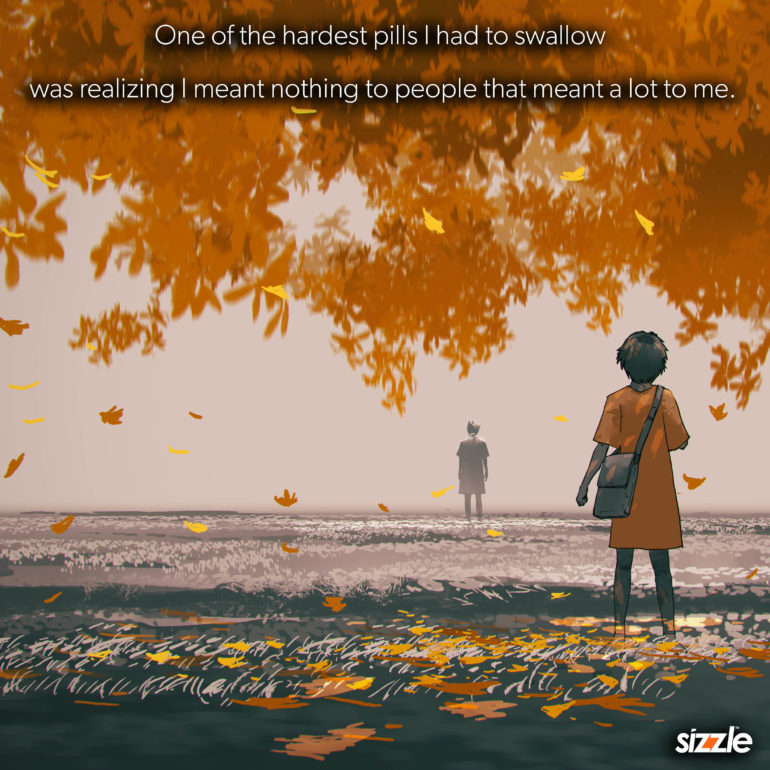 My friend posted this on Facebook this morning, and I found my muse.

Isn’t this a cold, hard reality?

It comes to us through a series of scenarios. The employer we have worked our asses off for, the client we saved from countless disasters while making their company millions of dollars, the friend we stood by in times of trouble, the lover/spouse we believed had our back, and so on.

Reality is perceptual. And given that everyone’s perception is different, the reality that we expect that another is living through is sadly, not one of our making. This is the core reason why this aphorism is so true.

We can write it off that the other party “used” us. But is that really the case? From their perspective, they could illustrate what they believe to be so, and to them, this is reality. So your take on the same set of variables does not necessarily change it for them. They will (in most cases) continue to see things through their own filter.

Constructive communication is often the unplayed variable left in a moment of this realization. When we hit that moment where this aphorism is apparent to us, it is not one of those shades of grey where it would appear to be so. It is already at that black and white moment of a fait accompli, a done deal. When we hit that harsh discovery, we are usually too stunned, hurt and angry to be wise in our communication.  Often, this is when our inner child comes out of dormancy and speaks words we would later wish had never been spoken.

A mature approach would be to raise the issue politely and seek clarity, for fear that perhaps our perception has misconstrued whatever variable has become so readily apparent. I have had a few moments in my life in which I felt that we were at that moment, and I was mature enough to ask a couple clarifying questions, only to discover that my perceptions were unfounded and that the other party was not where I had (in my fear or doubt or anger) perceived that they were.  This option is (by far) the wisest approach. Try to comfort your inner child and let them know that even if they prove to be accurate, your universal parent must have time to sort fact from fear or from misperception. Then, using noninflammatory language, try to communicate with the other party in a nonantagonistic manner so as to seek their accurate position on whatever is causing you so much negative emotion.

Your inner child will really want to take control at that moment. It will seek to speak on your behalf, and (in most cases) burn a bridge, and let the other party know how aggrieved you feel. The harsh truth about this is that it is a temporary fix. Like a junkie that needs the drug, your inner child wants the satisfaction of letting the other party know how upset you truly are. The cold reality of this is that it is totally the wrong card to play. It may bring satisfaction for a brief moment. But with every hour that passes, that satisfaction is almost always (in my case) replaced with disappointment in myself for letting another party see my inner child behave so inappropriately. What gain is there in reducing ourselves to that level? Especially in front of someone who has proven we do not matter to them.

If it is revenge you seek, the silence you exit with is far more valuable than demonstrating your hurt/anger/pain. That actually might be exactly what they are hoping to see. So why give it to them? Your harsh words/texts/calls will not bring you satisfaction, so far better to comfort your inner child and just move on.

Life is very complicated and people will continually behave in ways that we are not going to appreciate. Attitude is the only string we have to play upon. When it is our next lesson, served cold and harsh, we are well served to try to clarify, and upon confirmation that this reality is true (for them) and not capable of remedy, then our only option is to get wise, be mature, learn the lesson, grow a bit and continue being ourselves.

As a final note, I believe that karma is real. I cannot say that I am right, but from my perspective in life, it feels very real. If they have done something to you that makes you feel aggrieved, then you can probably take comfort in knowing that the reality is they will have their own karmic slap. It will not come from you, nor does it need to come from you. But it will come. And if that brings you enough comfort to keep your inner child from speaking out of school and saying something you may regret forever, then you have grown a giant step for that level of self control…. And that is a great day for you, even if you are in pain or anger at the moment you are exhibiting that control. 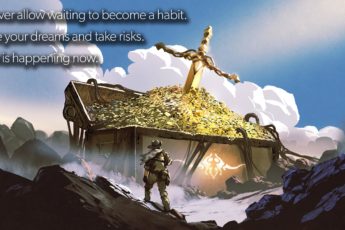 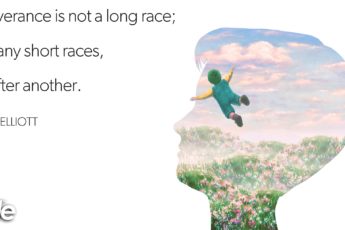 Perseverance is not a long race; it is many short races, one after another. 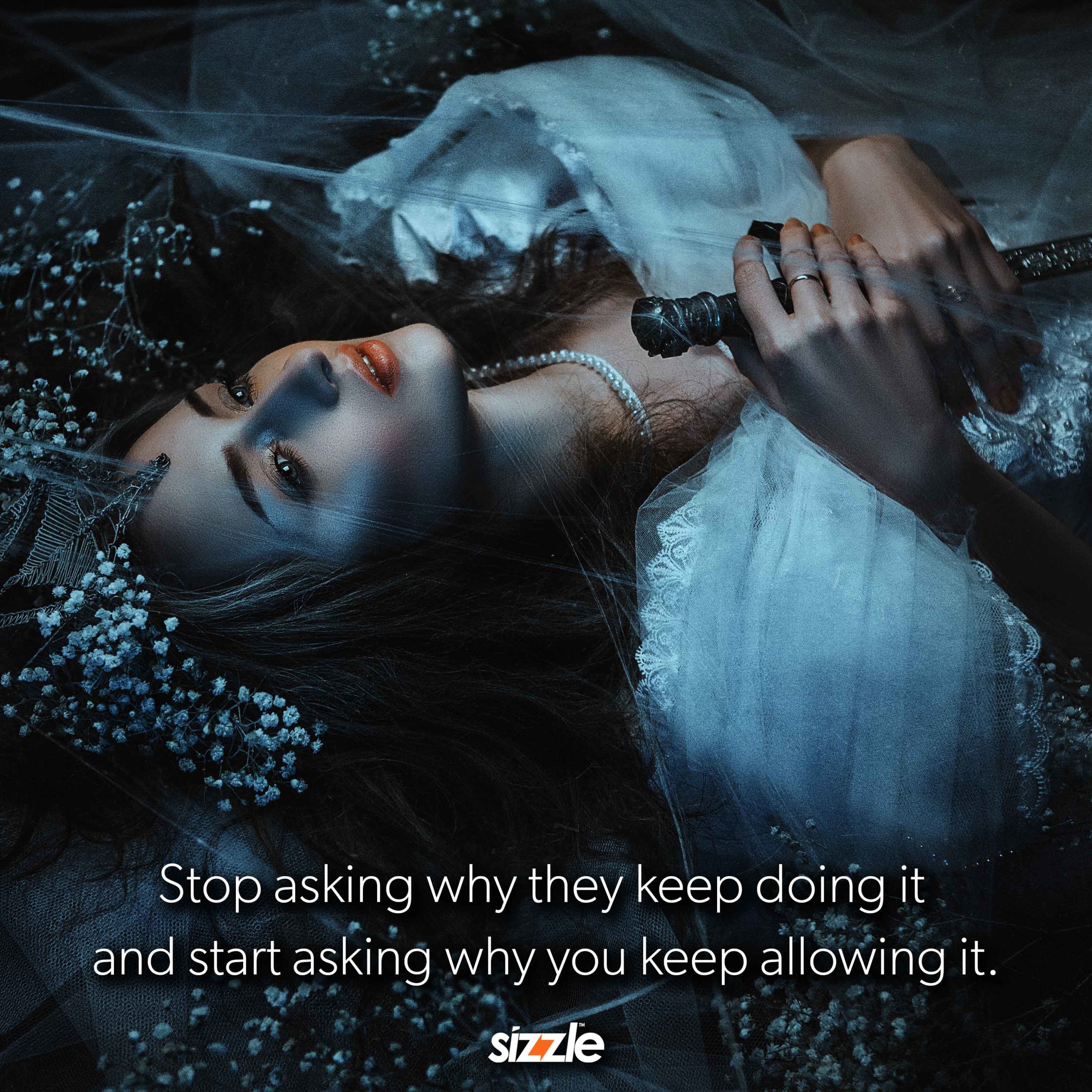 Your Acceptance Of Reality Does Not Force Allowance

« Previous post
It’s your road, and yours alone. Others may walk it with you, but no one can walk it for you.
Next post »
A true friend is someone who knows you are a good egg even though they know you are slightly cracked.