February 3, 2022by Brian WeinerNo CommentsChanging The World One Thought At A Time., Lessons From The Mountain

One thing about them tables… They always turn. 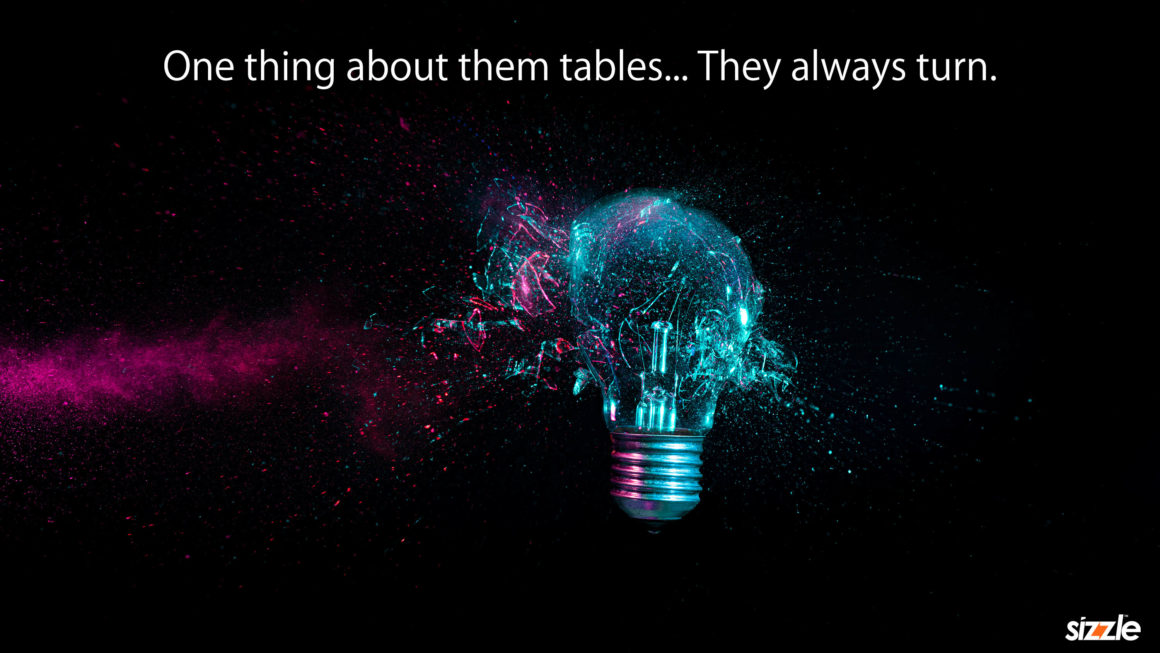 One thing about them tables… They always turn.

You do not have to be Inspector Clouseau in an Agatha Christie novel in order to witness the tables turning. This happens all the time, right before our very eyes.

Take a situation at work in which you feel aggrieved by a third-party. Within a reasonable period of time, they are no longer in that position (either voluntarily or involuntarily). And suddenly, something that seemed a permanent situation is resolving itself with an alternate variable that perhaps you did not expect was coming.

Conversely, you might have something that feels almost like a foregone conclusion, but something unexpected happens and what seemed obvious today seems highly improbable tomorrow.

The myriad fluctuations in life facilitate quadrillions of tables turning around the world on a daily basis. With the exponential nature of this transpiring, your odds of that happening to you are very high.

As a producer, we are trained to anticipate countless contingencies allowing for eventualities in numerous categories so that we might keep a project on track in a time of high uncertainty due to something we might potentially not have prognosticated.

Tables turn in personal relationships all the time. Depending upon the personality, it may be far more frequent than with an alternate personality, predicated upon values and upbringing as well as morality and compassion.

A table turning in our world can sometimes bring tremendous joy and other times, massive disappointment, fear, anger and other appropriate emotions.

Under some circumstances, when a table turns either in your favor or more in particular in someone else’s disfavor, we might find ourselves feeling schadenfreude (A German word that describes a particular pleasure that we feel witnessing someone else’s misfortune). I would love to delude myself into believing that I am superior and never feel such an emotion, but that would be a bold-faced lie. There are moments that warrant that. Perhaps it is just human to feel this way, I cannot say for certain.

Perhaps you have been in a personal relationship in which the other party decides that they want something else. Then, at a later date, they realize what they have lost and come back trying to put it all back together again. The tables have clearly turned and you are left with some soul-searching decisions to make. Either way, the power dynamics of that relationship have changed forever.

Life becomes more acceptable when we are willing to embrace the impermanence of things. There is a gentleman who has been in competitive categories to The Illusion Factory for a couple decades now. I met him early on and suggested some collaboration that we might opt for. He was at a peak moment of his business and he did not want to pursue such options. This came at a moment when I really needed such an opportunity to grow a new chapter of my company and after talking with him that day, I walked away seeing through his thin veneer of falsified slickness and comforted myself (in that particular loss) by recognizing I wouldn’t have to be dealing with his personality on a daily basis. But I really needed the business opportunity and the revenue, so it was disappointing that he could not see what we were capable of accomplishing together.

Two decades later, I discover that one of my newer friends was partners with this competitor in numerous ventures. My new friend called me with a courteous phone call to ask if I minded connecting him into this project (in noncompetitive categories) and assured me that we would both do well if that happened. So, being the bigger man, I made the introduction. Three weeks later, the person I introduced them to (who is one of my dearest friends) showed me that, contrary to promises made to me prior to the introduction, they were proposing the competitor’s technology to use in place of Sizzle. That was it. At that point, the person who writes to you every morning vacated and left only the second-degree black belt. I asked my dear friend to please cancel any of their involvement in the project because of the lack of respect they had demonstrated for my friendship and my friend was gracious to accommodate me and shut them out of the opportunities that they were hoping were imminent. At that point, all I felt was schadenfreude.

One thing about them tables… They’re always turning. The tide is turning. 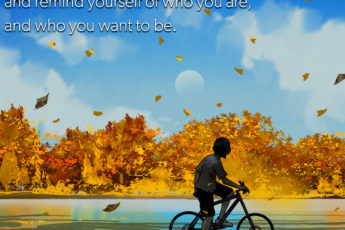 Sometimes You Need To Step Outside And Get Some Fresh Air 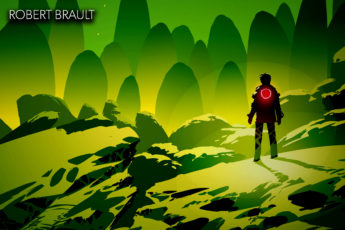 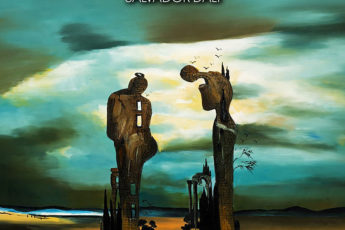 Have No Fear Of Perfection - You'll Never Reach It.

« Previous post
Lovely thing to learn from water: Adjust yourself in every situation and in any shape, but most importantly…find your own way to flow.
Next post »
The ultimate source of my mental happiness is my peace of mind. Nothing can destroy this except my own anger.