January 13, 2022by Brian WeinerNo CommentsChanging The World One Thought At A Time., Lessons From The Mountain

Perhaps some detours aren’t detours at all. Perhaps they are actually the path. 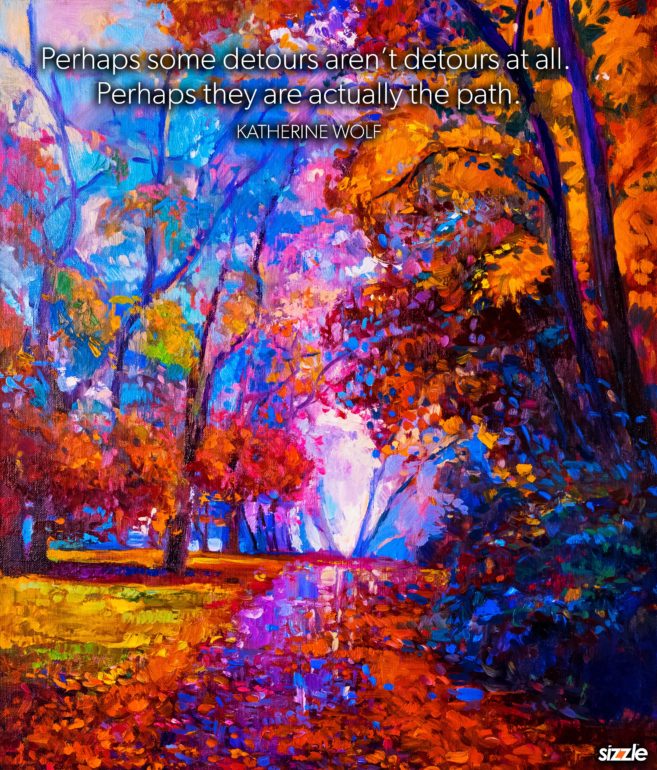 Perhaps some detours aren’t detours at all. Perhaps they are actually the path.

Have you ever felt that your life was going way far astray from what you had originally envisioned? Choices made lead to paths you took that (perhaps) took you far from where you felt you were going…. This is the story of my life. And I am willing to bet, the story of most people’s lives.

We have a vision. That is the impetus. In filmmaking, we call it the macguffin,(not sold at McDonald’s) which was perfected by Hitchcock. It is the term used to describe a basic plot element that drives the story forward. It often takes the form of  an object, event or character being pursued… usually by opposing sets of characters. In the Lord of the Rings, it is the ring. In Raiders of the Lost Ark, it is the Ark. In Monty Python and the Holy Grail, it is the Grail.

Our vision takes us to places we fully expect to go (in the beginning). But things happen along the way… the same as what happens to each of our protagonists in the three aforementioned examples. Somewhere along our path, things change, our path changes and we are on a journey not as much of our invention, as of our active experience…. And therein lies the crux of the biscuit (according to Frank Zappa, but that’s another path that we shan’t travel today.)

In life, as in writing, we must know where we are going. We must have an overarching perspective of where we are headed. In that perspective, we plan a course and set sail with full intention. But then life’s complications will inevitably interfere. Things we were sure we did not want or need may surface and show us that we really did want or need them. People attract to us as friends, lovers, spouses, children, colleagues and collaborators. Their inestimable influence on us cause us to evolve, morph and find aspects of ourselves that we did not know existed.

Things that we were certain we wanted in our teens do not seem as important in our 30’s and by the time we are in our 50’s they seem a shadow of what has proven to be important to us.

And yet, other things, which are perhaps the macguffin in your life, continue to be the beacon that lights the path through the darkness and wilderness, shining brightly to keep us moving in what appears to be a consistent direction to us (but from an outside perspective looking in, would appear as a disjointed set of variables that appear mostly non related).

To Katherine’s point above, perhaps those are not detours. Perhaps you are on exactly the right path for your life, you just do not see it yet. Perhaps there is a direct correlation between the choices, the outcomes, the new directions that are actually a more direct route than we may imagine, or that we may discern with eyes looking backwards in moments of consideration.

Life asked death, “why do people love me but hate you?; Death responded, “because you are a beautiful lie and I am a painful truth.”

We all know from the outset that our life is finite. Like it or not, we all are only here for a brief spell. Given that variable, would it not be more valuable to understand that we are so fortunate to have the experiences and opportunities that we encounter and to find the joy, lessons, value and premonitions that they bring to us? In seeing the joyful ballet of unorchestrated experiences that make up our lives, would it not be more fulfilling to understand that regardless of the path that we set out to walk, we are walking the path we are on? To spend a single day bored is a loss of unparalleled magnitude, given how few of them we really have. If a person lives to be 75 years old, then they only have 27, 375 days to live from birth to death. As we get older, it is even more obvious how few of them there really are, and how valuable each of them truly is.

As your life takes what you perceive as a detour, contemplate the possibility that perhaps this is actually the path you are better served being on. In my 43 years of running The Illusion Factory, there have been countless hours and days spent frustrated by choices I have made. Jobs that I was offered that I did not take because I did not want to throw the towel in on my dream. As years pass, and I watch how some who took those paths ended up, I have counted my blessings and felt that I made the right decision for a host of reasons. My internal compass continues to navigate to areas of importance (to me) and those areas are still the macguffin from my teen years. It was not a direct route. It was circuitous and convoluted, and felt (in many cases) to be a total waste of my time. But perhaps they were not. By the time I hit UCLA, I lamented to my mom about having to take 2 more years of general education. Her reply was, “what are you going to make movies about, if you do not know about the things that make the world work?” I didn’t like that response as a teen. Yet, some of those general education classes have fueled lifelong interests for me that had I not learned about in Astronomy, Psychology, Oceanography and other topics, I might never have kindled an interest in.

I do not believe in fate or destiny, so saying that you are on a path “that you were meant to be on” strikes me as poetic and literary, but has no correlation to reality (as I perceive it). But maybe, the poetry is right. Maybe the path you are on is not a detour at all. Perhaps it actually is the path, complete with knowledge about tectonic plates on the planet that grind against one another and create mountain ranges, earthquakes and other geological phenomenon. Perhaps the black holes in space which were photographed for the very first time in our lifetime are important…. Perhaps that path we were so certain about in the beginning really needed some color, shape, size, content, hue, saturation, contrast and value before it could be anything of merit whatsoever.

The days are numbered. Use them with delicacy and care and learn to appreciate the ones already spent as having added dimension to something you could not possibly have foreseen at the outset when your macguffin set your perceived path into clear view, years ago. 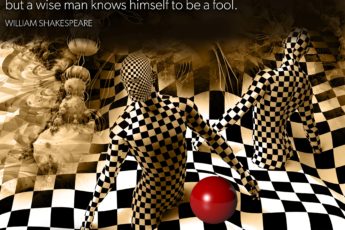 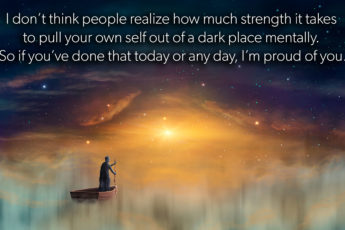 I don’t think people realize how much strength it takes to pull your own self out of a dark place mentally. So if you’ve done that today or any day, I’m proud of you.

« Previous post
We are the same. There is no difference anywhere in the world. People are people. They laugh, cry, feel, and love, and music seems to be the common denomination that brings us all together. Music cuts through all boundaries and goes right to the soul.
Next post »
One of the core organizing principles of my life is that success comes through a delicate balance between making things happen and letting things happen.