April 12, 2022by Brian WeinerNo CommentsChanging The World One Thought At A Time., Lessons From The Mountain 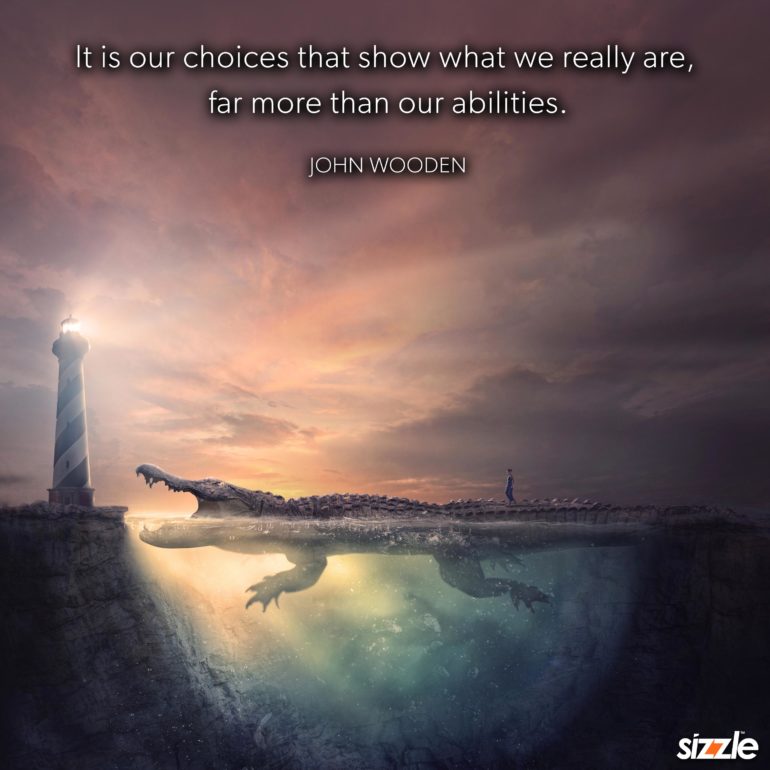 Coach Wooden was a legend in my town as I was growing up. My dad was a Bruin, and I knew I wanted to go to film school there. John retired two years before I got there, but you could not be in this town and not know of him. He was the definition of a solid human being, with morals, values and dedication to his craft. He was classy and not flashy. But his record clearly spoke for itself….

During his tenure with the Bruins, Wooden became known as the “Wizard of Westwood”, though he personally disdained the nickname. He gained lasting fame with UCLA by winning 620 games in 27 seasons and 10 NCAA titles during his last 12 seasons, including seven in a row from 1967 to 1973. His UCLA teams also established an NCAA men’s basketball record winning streak of 88 games and four perfect 30–0 seasons. They also won 38 straight games in NCAA tournaments and 98 straight home wins at Pauley Pavilion.

We face a lot of difficult choices in life. The older we get, the more we reflect on some of those choices with pride and others with displeasure. Choice comes at us thousands of times per day. Most are made subconsciously, others require time and focus.

When we are rash in our choices, we are often times caused to reflect on how poorly our decisions were made, and given ample opportunity to grow as a result. Whether we opt to learn and grow is really the essence of what John speaks of in this aphorism.  He would have been the first to explain that we are imperfect beings, all working to continuously improve, so I am certain that he said this in reflection of how each of us grow from the mistakes we made so that we rarely, if ever, make them going forward.

His approach to coaching reflected that mindset, and caused a Los Angeles dynasty to continue to gain steam as his methods and approach to people proved their merit. In reading his quotations and contemplating how he must have approached life, my admiration for this man stems less from his winning streaks, and more from how he must have clearly understood the human mind. Where he applied his values, and how he could so adeptly communicate these ideas to his ever changing teams.

When we are cautious in making choices, and opt for ideologies such as kindness, over wealth, and use perspective over impulse, our choices are much more likely to pave the road for our happiest possible journey. Choices reflect on attitude, which is the one string we have to play upon. They determine a majority of our health issues, career opportunities, and relationship potential. Choices give us opportunity throughout every day to evolve, improve and grow.

We all believe we make wise choices, and when we discover we have erred in that regard, then we are given a chance to wake the hell up and stop driving through life on autopilot. If we are blessed with great ability, but we make the wrong choices, life can do a complete turn around. One of the most riveting examples I witnessed first person in this regard came when we were going to do a music video for one of Michael Jackson’s cousins. They were in a group and they were damn good. We worked on the ideas and planned out the video and a couple days before shooting, one of the cousins in the group held up a liquor store and got arrested. The project disappeared. We saw how talented these kids were, they would have gone the distance. But for the wrong choice, history was altered.

I reflect often on choices I have made and this stimulates me to make less rash choices going forward. Sometimes it works, and other times, I find a pint of ice cream in my refrigerator, although those moments are far further apart than in years past. On my walk this morning, I walked by a Tesla that had a Diet Coke in the drink holder and flashed back to when that used to be me. I do not think I have had a soft drink in over 5 years now.

Choices are what will make or break you. And if you want to be stellar like Coach Wooden, you need to be reflecting on every major choice you have made and will make and be certain that you are making the right one…. Oh and having Lew Alcindor (later Kareem Abdul Jabbar) and Bill Walton on your squad doesn’t hurt either! 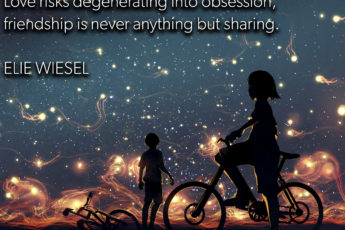 Friendship marks a life even more deeply than love. 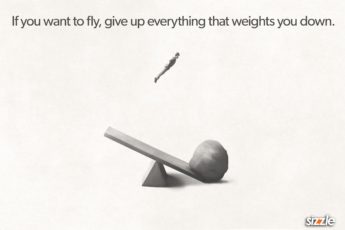 If you want to fly, give up everything that weights you down. 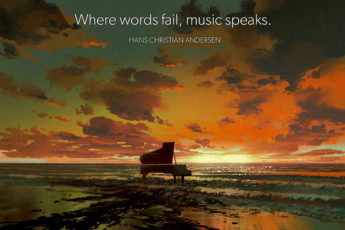 « Previous post
However many holy words you read, however many you speak, what good will they do you if you do not act upon them?
Next post »
One day you’ll look back and realize that you worried too much about things that don’t really matter.