Only those who attempt the absurd can achieve the impossible. 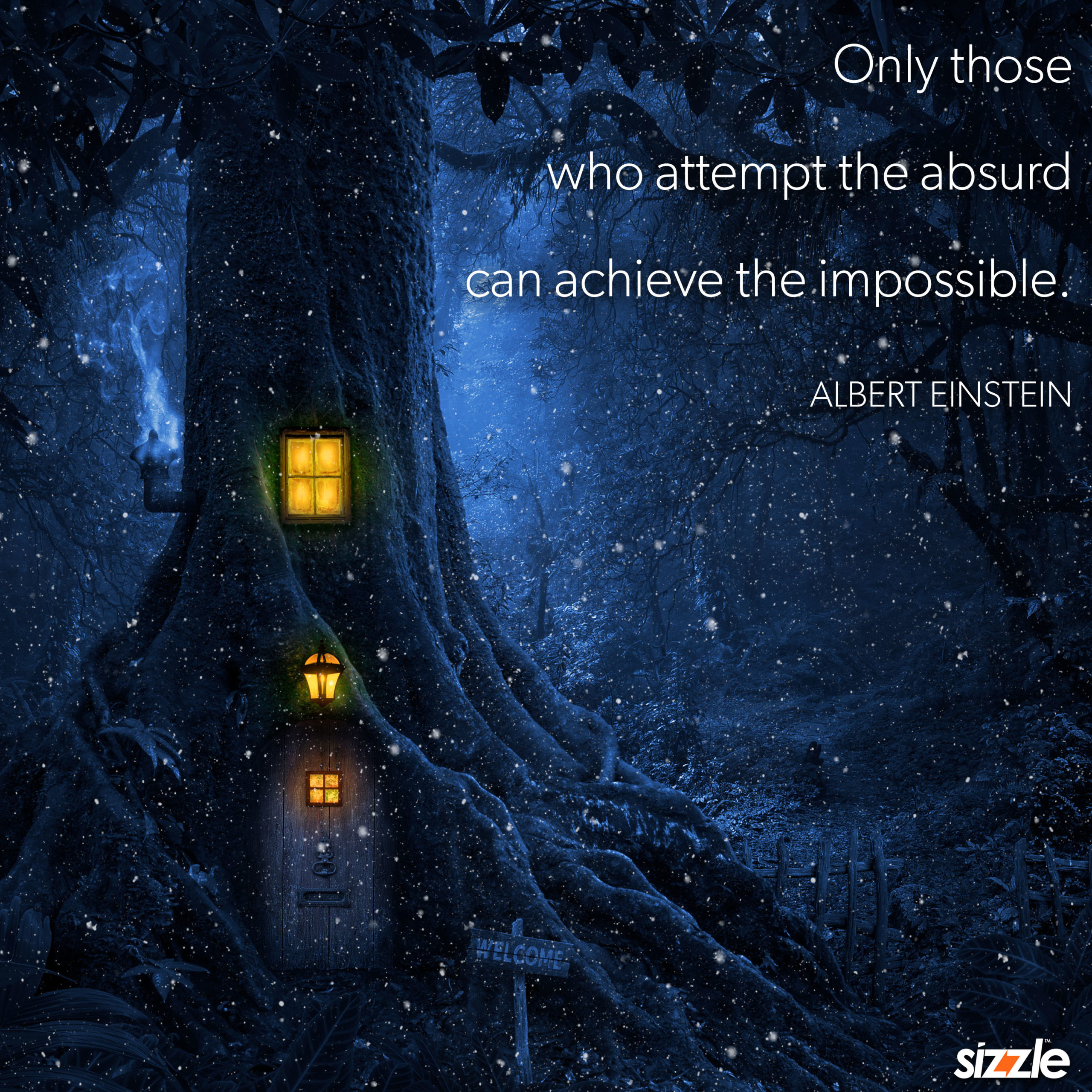 When I read the countless quotations from Albert Einstein, one of the most prevalent of his thoughts is that he always started with the premise that everything was possible, thereby eliminating the presumed negative variables that instantly cast a defacto shadow on things he might be thinking about.

If you believe that everything is possible, whatever you are contemplating no longer seems insurmountable at face value. The thought process changes to “how might we overcome the current obstacle?”

This might seem absurd at first blush, but the truth is that this subtle distinction in thought and approach, changes everything.

Your mind makes a shift from, “this cannot be done,“ to “there’s got to be a way!”

And with that shifting thought, everything starts to change in your approach and your determination. This is how Einstein was able to conceive of curves in the space-time continuum. He basically figured out that the shortest distance between two points was no longer a line if you could bend space and time. Somewhat like taking your fingers on both hands and holding two points on a cloth napkin. When fully stretched, the distance between your two hands is a straight line, but if you bring your hands together and you allow the fabric to fold in between your hands, the two points instantly come close together. This is how long distance space travel will be possible.

But if you think that Albert was such a smart dude, you did not grow up with my grandmother. She went around the world a few times in the early 30s. And in one of these trips, she became friends with Mr. and Mrs. Einstein. Apparently his wife would always lay out his tux for him to put on, and my grandmother would love to tell me the story about the time his wife forgot to leave the pants as part of the tux and Einstein came up to the main dining room wearing a tuxedo, minus his pants! True story.

If cameras had been readily available, my entire family would’ve gotten rich from the photograph🤣