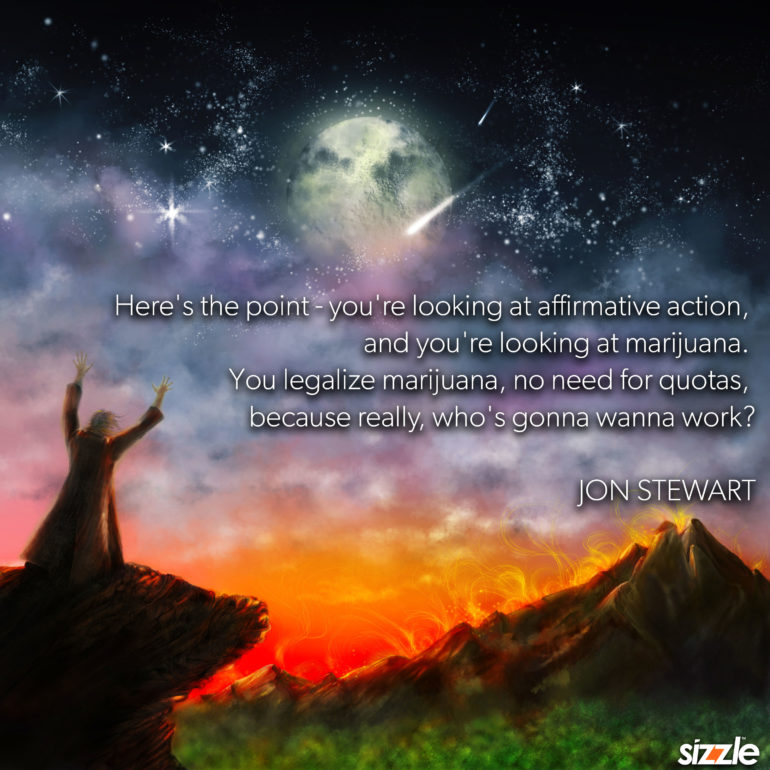 I think Jon Stewart is/was by far, the most intelligent political comedian of our era. His brilliant wit, knowledge of topics and deeply sentient beliefs made him the comedian that my son and I both treasured most. And I have every confidence that my son’s interest in the political landscape was nurtured through his exposure to topics that Jon would raise on a nightly basis. If you have not read his book, America, or listened to it (even funnier because he and his host of comedians read it), you are in for a treat.

Affirmative action refers to a set of policies and practices within a government or organization seeking to increase the representation of particular groups based on their gender, race, sexuality, creed or nationality in areas in which they are underrepresented such as education and employment.

All of this culminates on 4/20. The day of the year that celebrates marijuana. Personally, I have never tried it, but I hear it makes music sound extra special!!!