Liberty Is The Most Compelling Motivation 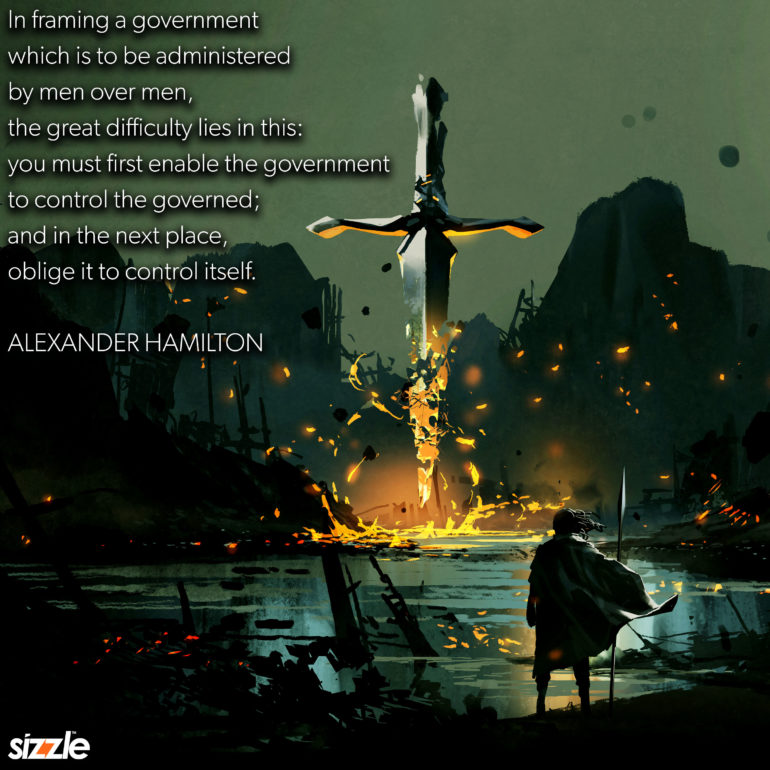 Liberty is perhaps the single greatest motivator. Before he went on to become the star of a Disney Broadway musical, Alexander Hamilton had a previous career. Born out of wedlock in the west Indies, he rose from obscurity and went on to become George Washington’s aide-de-camp during the Revolutionary War.

While he did not provide much of the direct language in the constitution, he wrote 51 of the Federalist papers which were drafted to spell out how the constitution could work to deliver freedom and liberty and sell that to the larger audience in areas like New York where it desperately needed the support to pass.

What fascinated me about this particular quotation for the Fourth of July was the quandary that these people found themselves in by trying to create a government that was genuinely ruled by the people to ensure their own freedom. If you have not read David McCullough’s 1776, it is an amazing read and spells out so much of what really happened in the course of trying to generate our liberty from King George III.

Washington throughout the whole war never forgot that he was not in charge. It was the Congress of the United States. And this was one of his greatest understandings of what the war was about. And after the war was over, he would relinquish his power back to Congress in a gesture that was more than just a gesture, it was an expression of his bedrock understanding of what the war had been fought for.

And conquering generals didn’t do that in history. They didn’t relinquish their power and return to civilian life.

When George III was told by the American painter, Benjamin West, in London that George Washington might do this, George III said if he does that he would be the greatest man in the world.”

Just a brief reminder of where we have come from in pursuit of our freedom and what people went through in order to give us what we have❤️ Life, liberty, and the pursuit of happiness. Happy Independence Day✨✨✨✨

QUESTION OF THE DAY: Do you think the experiment of a population that rules itself is capable of sustaining?

In framing a government which is to be administered by men over men, the great difficulty lies in this: you must first enable the government to control the governed; and in the next place, oblige it to control itself. – Alexander Hamilton