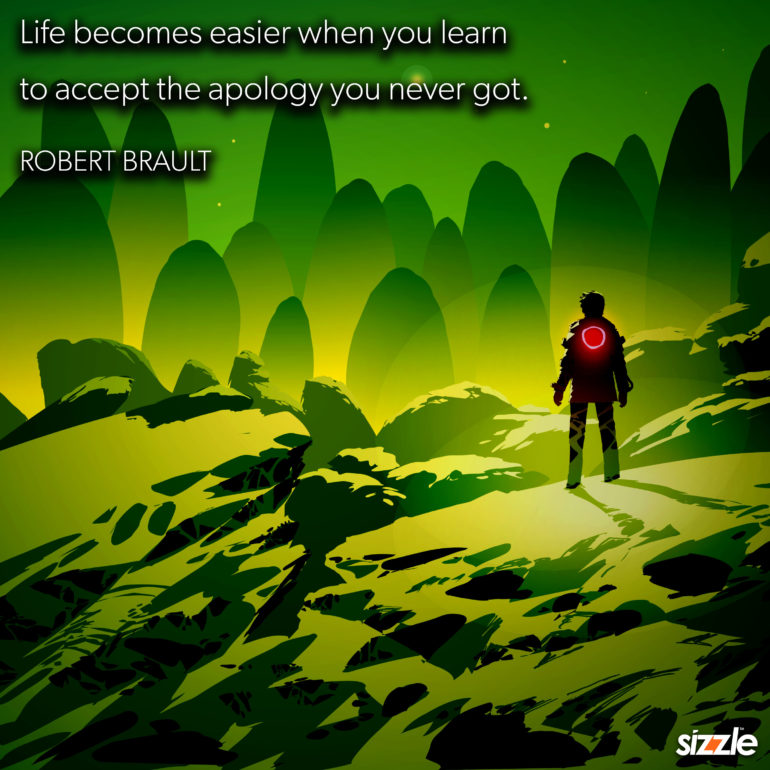 It’s not coming. Ever.

Almost everyone will let you down at some point. The mark of a good friendship is how two friends reconcile that moment.

In the circumstances where one of the two parties is bigger than the incident, that party is usually capable of coming back metaphorically to the table and apologizing.

But a lot of circumstances are more likely to end unceremoniously, leaving the aggrieved party feeling injured, disappointed and hurt.

And when you are that aggrieved party, you are left with one of two choices when you get past the initial shock and insult. Your first option is to allow a relationship that might actually have lots of value beyond the current circumstance to collapse in a moment of anger.  It is certainly a probable outcome and depending upon the scope of the injury, perhaps the only choice that makes sense.

But there is an alternate choice. In that choice, we are more willing to try and see what the other party was going through or thinking or motivated by in order that we might try and rationalize the choice that they made that we found so insulting. And whether or not we see the circumstance through the same filters as they do, we are still able to just let it go. This can happen with an outcome in which you reconcile with the other person or it can also happen in an outcome where you don’t reconcile but you do not harbor that intense longing for them to make it right by apologizing. Some people just don’t have that skillset. And they never will.

If you do not learn this lesson, you can destroy a portion of your own life hoping, waiting, expecting and even, demanding an apology that is not forthcoming. What do you gain by taking this tactic?

So it is far more evolved to get to the stage where you are capable of owning your mistake with another party, taking responsibility and apologizing.

For truly, an apology is the best way to have the last word.