You’ll never change your life until you change something you do daily. The secret of your success is found in your daily routine. 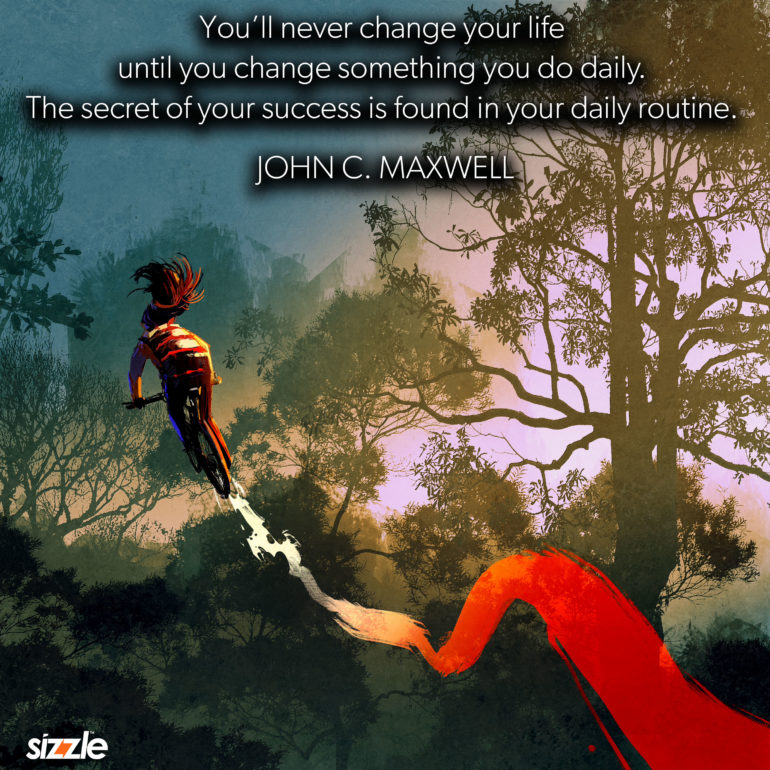 Trying to change something in your daily routine is considerably more difficult than one might imagine. Certainly there are moments where something like a New Year’s resolution facilitate a short term change, but how often does that change last for?

The reality is that we become very set in our ways. It is so much easier to continue status quo then to force oneself into a new set of patterns.

For me, the inciting incident was watching a peer die of a heart attack in their 40s. It was beyond shocking and of course emotionally devastating. They, like I, were entrenched in keeping the advertising and promotion of entertainment going at full velocity.

The realization struck me that I was every bit the candidate for that kind of an outcome. I was overweight, almost 0 exercise and I was not taking nutritional supplements of any kind. And I ate garbage foods.

Since that shocking realization of losing a colleague in my profession, I have gone from no exercise to exercising at least six days a week, taking close to 25 nutritional supplements on a daily basis, cut almost all red meat out of my diet and almost all carbs and almost all sugar.

Just learning to stop drinking six cans of Diet Coke every day it was its own challenge.

Along the way I picked up two black belts.

I say all of this with zero intention of bragging, and zero expectation or desire for an accolade. I share it with everybody in my morning musing for one purpose only…

I share it in the hopes that it helps one of you find the strength and the courage to change some of your behaviors that could be causing your health to suffer.

Taking all the good things out of life at first sucks. Doing all the exercise is a lot of work.

So much more fun to be hedonistic. But dying at an early age out of self delusion is not the way to go. It leaves so many devastated people in your wake😢

Dig in. Find willpower. Force yourself. Just like a runner gets a second wind, you will discover that as you cut some of the things in your life that are killing you that you think are bringing you so much pleasure, the absence of some of those things make some of the other things that did not seem as pleasurable suddenly more enjoyable as a reward because the other bad things don’t exist. I know that sounds simple, and if you practice this behavior, I promise you will find those moments as well.

In the immortal words of Spock: Live long and prosper❤️