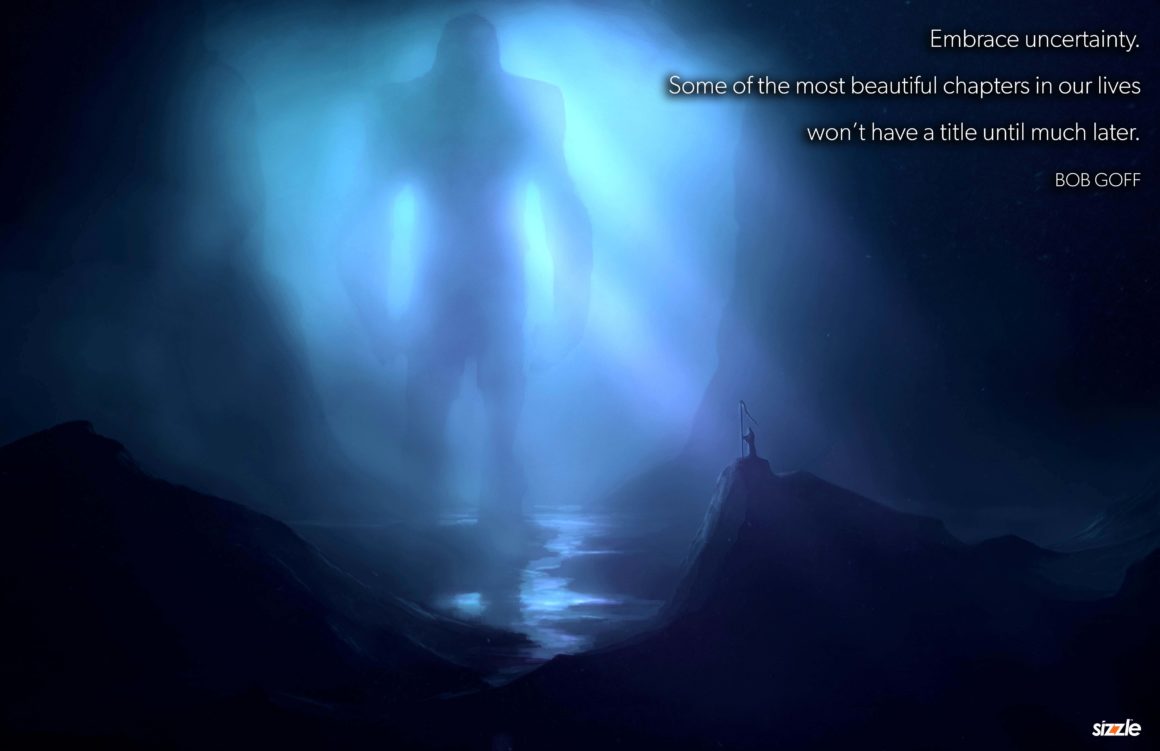 What is going to happen in your day today? Are you certain? What if something different happens? Are you prepared? Will you recognize a great opportunity if it starts to distract you from what you thought your day was going to be about?

With each and every minute of life comes opportunity for things to become unpredictable. It would be foolish to presume that we are in control, for we are not.

From childhood, as our awareness of life and the multitude of variables becomes more apparent, we start to envision what our respective path on that journey will look like. At first blush, it appears that it is readily malleable and easily put on a defined course. We start to learn who we are and what we are truly made of. These core building blocks establish a foundation from which we may grow.

The best of our pre-established plans come to fruition through focus, determination, will, effort and a couple of assorted prayers along the way. With all these stimuli, plans, and assorted energy, it would appear that we set ourselves on a trajectory that is calculable and predictable. Have you ever heard the expression, “Do you want to make God laugh, tell him you’re making plans!”

Deus ex machina (“god out of the machine”) is a plot device whereby a seemingly unsolvable problem in a story is suddenly and abruptly resolved by an unexpected and unlikely occurrence. Its function is generally to resolve an otherwise irresolvable plot situation, to surprise the audience, to bring the tale to a happy ending, or act as a comedic device. The term was coined from the conventions of ancient Greek theater, where actors who were playing gods were brought onto stage using a machine. The machine could be either a crane used to lower actors from above or a riser that brought them up through a trapdoor. The device is associated mostly with Greek tragedy, although it also appeared in comedies.

Outside of its origin as a convenient plot device, there is a definitive place in life for this understanding. Regardless of what kind of plans and progress made towards those plans we might be experiencing, we are equally vulnerable to countless external stimuli that will interfere with the best of our intentions. The expression, “roll with the punches“ stems from people trying to cope with unforeseen events that challenge their vision of their future and which create a definitive new direction that must be considered going forward.

Some of these may be serendipitous, others may be fortuitous and yet others have serious consequences which we must deal with within the course of trying to stay on the pre-destined life plan that we have forecast for ourselves.

Of all the aphorisms that I have encountered, the one that appears to have defined my life is one that my mom put into my book when I was 19. ..“Freedom comes from being at ease with the certainty of uncertainty.”

When you were young, an aphorism like this appears as a statement just like all of the other aphorisms. It has meaning and we are quick to read it and let it go in one ear and out the other ear.  But as we grow older, the entire topic of which I am discussing today becomes readily apparent and definitive in how we make our decisions and how we assess the consequences.

Some of us live life with everything meticulously planned out. Derivations from that plan cause huge degrees of anxiety, disappointment, frustration, anger and more. In contrast, if you are willing to embrace this lesson, I am here to report that life becomes infinitely easier because your elasticity defines your ability to roll with the punches and to more readily find your footing when circumstances are spiraling outside of your control. This mindset does not mean that you should let go of plans, preparation, determination and your own force of will. Instead, it recognizes that the deus ex machina Is going to come from out of nowhere and when it does, your ability to think on your feet, to capitalize on the circumstance or to weather the unforeseen event, will be the only resource at your disposal to achieve what you set out to do from the outset.

Life is very short. Personal power stems from recognizing that unforeseen consequences and uncertainty can become a great beneficiary in ways that we have yet to appreciate at the moment that it is happening.

I firmly believe that if you look at life through this filter, you will discover that there are chapters of your life that appear to be undefined and not as structured as you might have hoped at the outset. These chapters may well give away to some of the best things that will ever happen to you.

Reality is perceptual. How one chooses to perceive that reality will determine one’s outcomes.