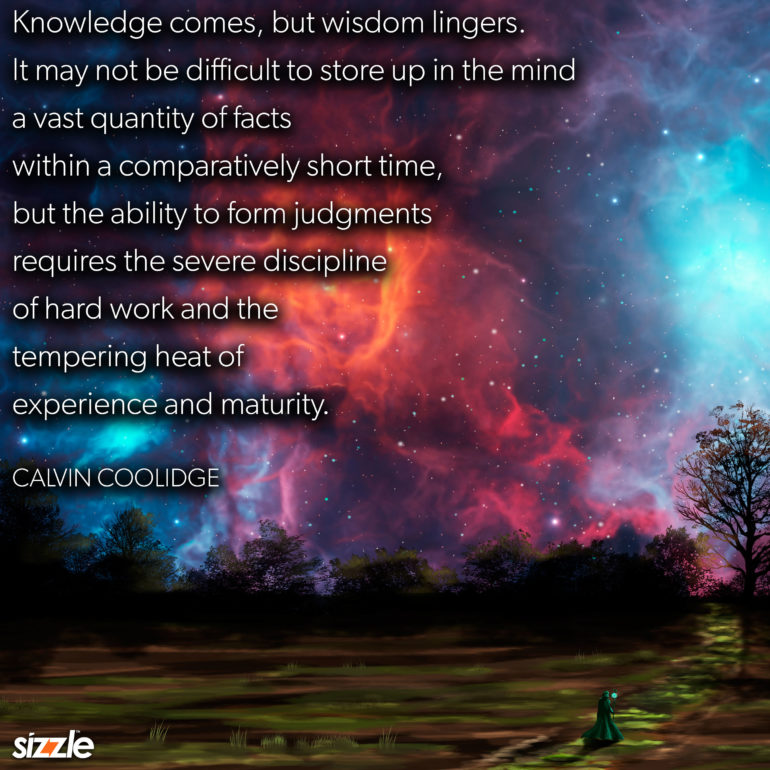 It seems to me that one of the greatest Achilles’ heels of our country is the percentage of our population that is not able to form educated critical judgment.

So many people are willing to accept a fact as being accurate without any contemplation of what is bringing that fact to life and where specifically they are getting that fact from.

In my humble opinion, education should be considerably less focused on memorizing what year the Magna Carta was signed and by whom and where (1215, King John at Runnymede) and instead, focus entirely on why. What was the inciting variable that caused something of that magnitude to happen? What societal pressures gave birth to such a moment in history? (Magna Carta, which means ‘The Great Charter’, is one of the most important documents in history as it established the principle that everyone is subject to the law, even the king, and guarantees the rights of individuals, the right to justice and the right to a fair trial.)

Memorizing facts does not give you the ability to think critically. Understanding that the barons who were living under King John’s laws were rebelling against the King and used the church to intervene and create this great charter so that everybody operated under a law (including the King) is the foundation that allows critical thought to take this concept and transpose it onto other circumstances in life for purposes of comparison and understanding.

During the roaring 20s, Calvin Coolidge, the 30th president of the United States of America was president for two terms. Known as silent Cal, he is often looked at as less effective than perhaps he truly was. Everything I have ever read that is attributed to him is both prescient and highly intelligent.

I hope you have a wonderful Wednesday😊