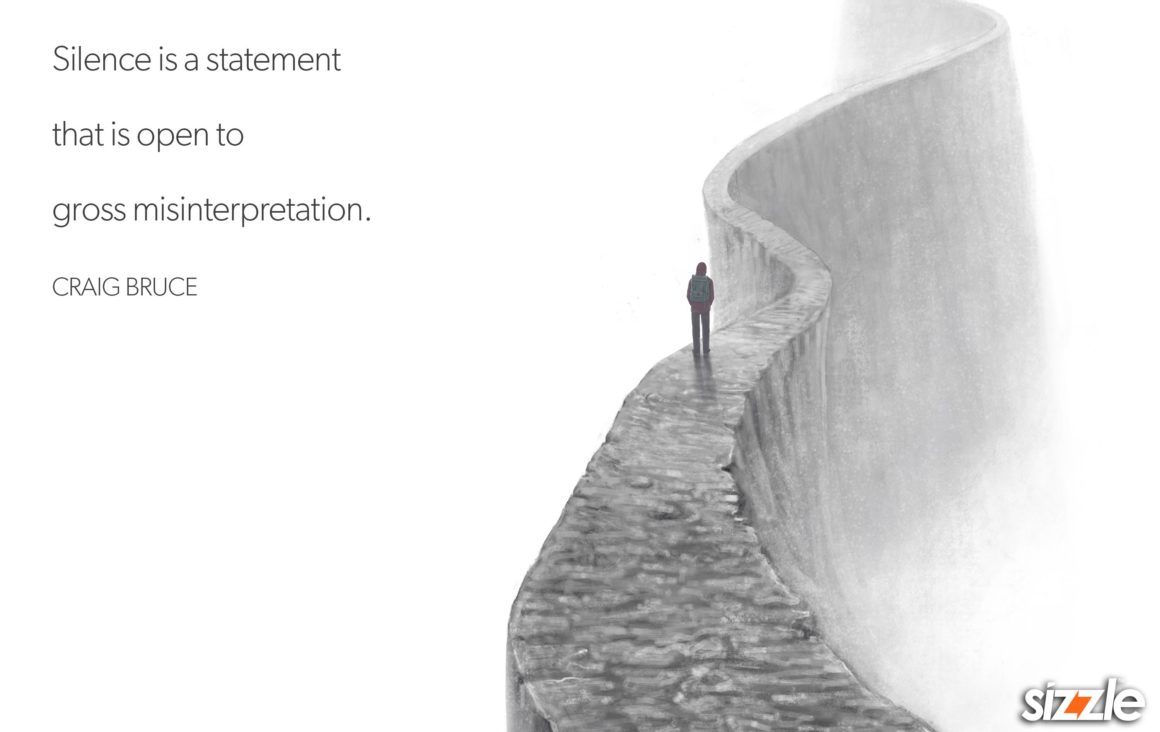 It is one of the entertainment industry‘s most powerful weapons because it is one of life‘s most potent experiences.

When there is silence at a moment when we are expecting dialogue, the brain runs rampant trying to presume why the silence is there. That is why the term, “the silent treatment,“ exists. We are communicative creatures and we are so reliant on that communication that anything less only breeds potential confusion.

Conversely, we are often times so overwhelmed by the cacophony of communication all around us, all we really want is to have a moment of silence in order that we might formulate our thoughts, coordinate our next moves and anticipate where the future will take us.

Meditation relies heavily on silence in order that the brain might discard all aspects of traditional thought and replace that with an internal peace that facilitates a deeper tranquility within.

There are many times when silence is our sanctuary and the ability to eliminate all other forms of communication becomes a godsend. Have you ever hit that point where if your phone rings one more time you might throw it against the wall?

There are times when silence in a personal relationship is broken with the most beautiful of expressions. In a moment like that, the expression could be worth 1 million words.

In contrast, in the middle of a heated conversation, suddenly the other party goes completely silent and we become intensely aware that a threshold has been crossed which may never be retracted again.

As we become aware of the power of silence, we are ever more in tune with the opportunity to leverage that silence to our greater advantage through a host of options as I have expressed above. Conversely, there are times when we are facing that silence and we find it to be excruciating and painful to weather.

I think one of the more advanced skills of communication is clearly exemplified in our core competency of the mastering of silence. Only in this circumstance are we best able to leverage our greatest skills as an orator, communicator, actor, negotiator, spouse, parent, employer, teacher and countless other examples.

Once we are capable of recognizing silence for the incredibly powerful tool that it is in life, the stronger our overall communication becomes.

Share:
Reading time: 2 min
Changing The World One Thought At A Time., Lessons From The Mountain

The single biggest problem in communication is the illusion that it has taken place. 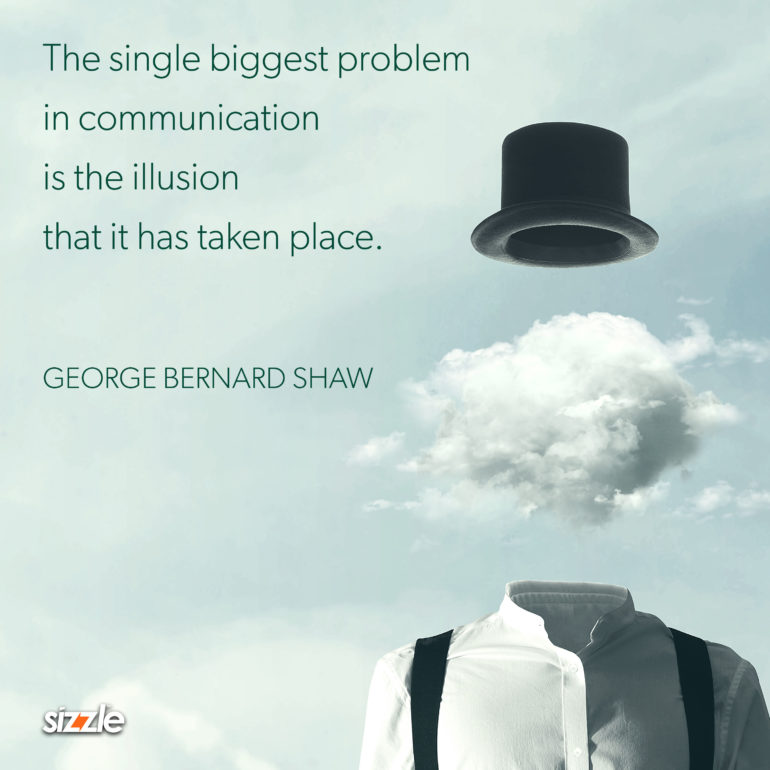 The single biggest problem in communication is the illusion that it has taken place.

Have you ever taken the time to communicate with another, and felt like you had finally broken a barrier and got through to the other party, only to discover later that it was an illusion and nothing had changed whatsoever?

We spend so much time interacting with others, it becomes so important to know if your point is made so that progress can be accomplished. Otherwise, we would be having the same discussion day after day like Adam Sandler and Drew Barrymore on 50 first dates (because she has no short term memory).

One of the best ways to know if your communication is working, is to get part way through explaining something and ask the other party a question or two. Not an antagonistic question like, “have you even heard one thing I said?” Better to ask a question that let’s them venture an opinion that has deep impact on whatever you are discussing. If you are in a conflict together and you are trying to get your perspective across, you might ask in the middle, “What might your perspective be if you found yourself doing/feeling X and you wanted to find a solution?

If we walk away feeling like the discussion had merit and learn soon thereafter that it was falling on deaf ears, we have both wasted time and effort to a negative outcome. Perhaps better to really find that connection that can be made with the other person and build upon it slowly and watch the connective tissue manifest. Let each stage of connection demonstrate to you how you both communicate effectively so that your relationship will grow with each and every encounter.

Sometimes communication will not work. No matter what. Living in the illusion that it will, is just that, an illusion. If the communication is not operating as it should, you can always come back to the other party and be transparent with a statement such as: I very much wish that we could find a common ground upon which to grow this connection. At the moment, I am feeling challenged that this is possible, but I remain optimistic. Perhaps you might suggest a pathway that we can grow?  As Rumi so wisely shared… Somewhere beyond the field of right and wrong is a pasture. I will meet you there.

Communication is the secret to happiness. Learn how you may best use it to your greatest advantage.