Photography takes an instant out of time, altering life by holding it still. 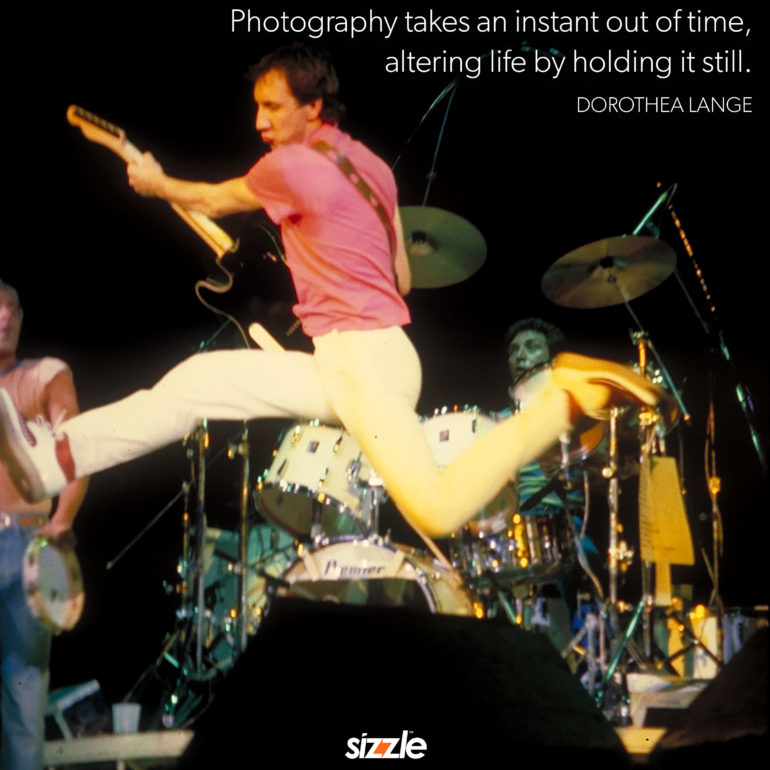 As our lives progress, we witness quintillions of micro images. Snapshots of time that freeze a moment, and, in some cases, leave an indelible impression that will never be erased.

Most of the moments will come and go without notice. The opportunity to use a camera and preserve those moments has unquestionably blossomed over our lifetimes.

When I was a child, using a camera was a technical tool. No light meter. No auto focus or auto exposure. You had to develop your own film and make your own prints. There were the throw away Instamatic type cameras by Brownie and Kodak, but they were nowhere near on par with using a 35mm camera. By the time I was a young teenager, cameras were democratized by technological improvements and before I knew it, the art form that I had spent more than a decade in training, learning F-stops, shutter speeds, focal length, ASA, ISO and all of the other details that made a great picture, were suddenly auto calculated and everyone who had a 35mm camera was shooting relatively on par.  As you might imagine, this was a disappointment to me.

I was the one who was smuggling my camera into every concert, hoping to capture a moment in time. I felt special and unique because no one else in my circle was doing it. The Who was the first band that captured my attention from mellow rock like Cat Stevens and James Taylor and transitioned to hard rock. Like any young teenager, I found my hero, Pete Townshend, who would jump way into the air during a concert, and if you knew the music like I did, you knew right times to be ready and the goal for me was to catch him at the apex of his jump. (It’s the little things in life!) Eventually, when the The Who played at the Los Angeles Sports Arena in 1981, I had third row center tickets, and they were now frisking us as we went into concerts. So how would I get my camera into the event? This is a large Canon A-1 35mm Camera plus a very large telephoto lens.

The solution was a choice to wrap my entire leg in gauze bandages and walk in on crutches. So I hid my camera and lens in the wrapping. The 8 rolls of film (36 exposures ea. on Ecktachrome slide film) were in my underwear.  And I proceeded to the door, fully expecting to be found out. But fate was on my side that day and they let me through.

The concert was fantastic. Pete jumped numerous times, but the big one is when Roger Daltry yells at the end of Won’t Get Fooled Again. I know from past concerts, that is when Pete really goes for it and I was ready. I was going to get that photo I had been dreaming about for years. The music was building, the time was upon me and the timing had to be just so. Snap!

It was an adolescent’s dream come true. The concert was everything I had hoped it would be. This song comes near the very end, and I had got the shot. Then I changed the roll of film. Right after the roll change, it was then that security spotted me and the camera and came over. They started to question me, and I disappeared back into the crowd, leaving the security guards where they were. I knew they were going to ask for the film and there was NO POSSIBLE WAY I was going to give it to them!

Of course, back then, you would not even know if you “got the shot” because you had to take the film back to the lab for processing. Those were the tense moments as a photographer… the waiting to see if your camera exposure was right, your focus was right, your framing was right and did you snap at exactly the right second?

When you return to the photo lab about 4 hours after dropping it off, there is that knot in your stomach as you walk over to the Lightbox and put your slides on the table and pull out a loop magnifying lens to check focus and details. When you finally see that “one image” you breath a giant sigh of relief and the rush of exhilaration was unparalleled.

Now… everyone is able to capture those moments for posterity. The ability to fully democratize good camera imagery was the giant plus of the iPhone. When that hit, the world changed forever. The selfie was born. Narcissists all over the world got permission to take photos of themselves all day long and post on social media for others who adore looking at them to oggle.

I have been shooting images for 57 years now. On my iPhone as of today I have 115,947 images. In olden times that would have represented 3220 rolls of film at about $7 per roll, plus even more to process it.

We shoot to capture a moment. For posterity. For our own ability to chronicle and reflect upon all of the moments of our lives we believe are important. To share with others. To document. To learn and to appreciate.

I am always the one who clicks the click bait when a prompt shares that this collection is a series of images that were shot “at exactly the right moment.”  Here is one that I saved because I loved it so much. It is the precise moment when lightning strikes the water.

To this day, I still treasure photography as my favorite means of expression. Even if I am just recording a beautiful sunrise or a moment with a friend or loved one. The camera has always been one of my best friends. In my times of extreme loneliness, the camera has always been my companion, allowing me to find a tiny microcosm of beauty or interest that my mind seems to always want to capture. It was my pathway into becoming an artist, the entry point to my career and the shaping force that has helped me to learn to see the world and not just look at it, as my dad had taught me from a very young age.