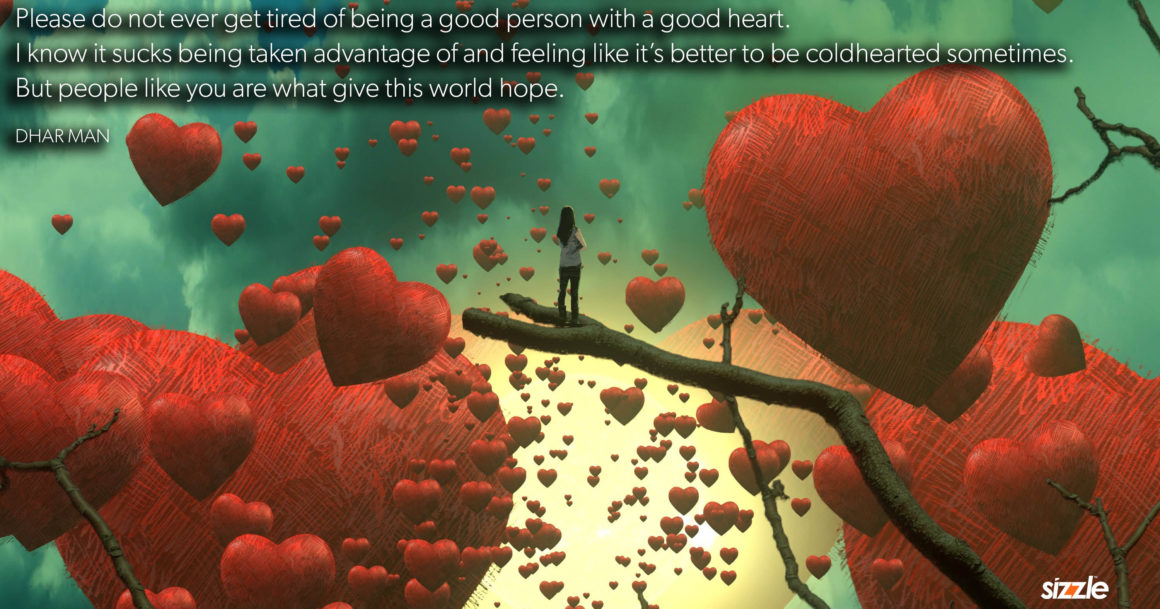 Have you ever reconciled yourself to the feeling that nice guys finish last? Have you looked at the other parties, and in some way comforted yourself by the fact that their karma will someday catch them?

These saving graces fuel our moments of disappointment and frustration with an adage that passes through the brain in a time when we might wish we had acted with greater self interest and lesser values.

There are plenty of moments in life where not being as aggressive as the next party leaves us feeding on table scraps instead of feasting on the main course. In these moments, as we watch the others feasting, we are hugely disappointed, immensely frustrated and overwhelmingly hurt.

Those are the moments where we are subject to conversion. “The greatest trick the devil ever pulled was convincing the world he didn’t exist,” says con man Virgil Kint (Kevin Spacey), drawing a comparison to the most enigmatic criminal of all time, Keyser Soze in the film, The Usual Suspects.

In our moments of weakness, Satan is reported to venture into our soul and leverage its strength to convert us to a set of morals and ethics that are so tainted as to make whom we currently are completely unrecognizable. In a moment of fear and doubt, we are left with nothing but our own disappointment and certainly through that disappointment, a darker solution starts to become considerably more tempting.

So why do some people go to the dark side and others stay the course and continue to act with a set of morals and values that are both commendable and admirable? One might argue that it is moral up bringing that creates such a core inner strength in a person as to make them walk the walk. I believe that is certainly a giant piece of the puzzle, but there are countless tales of those who had a horrible childhood without role models who prevailed in such a manner.

I think this kind of behavior is even larger than just parental upbringing. I think with a certain degree of awareness of the world around us, qualities such as compassion, patience, tolerance, understanding, empathy, fortitude and courage arise.

When we are playing the same game as everyone else and we are armed with these treasured qualities, there are certainly plenty of circumstances in which those virtues are more akin to a weight around one’s ankle than they are wind underneath one’s wings.

When the moment arises in which we have discovered that we are eating the proverbial table scraps because our morality precluded our ability to feast on this particular meal, there is part of us that cannot help but feel tremendous regret, disappointment, despair, anger and frustration.

Many people turn to their religion looking for the moral fiber to stand them up and allow them to accelerate forward in lieu of any other support in a moment of loss such as this. I do this with my aphorisms. When I am licking my proverbial wound and wondering whether or not it is time to stop being the nice guy, that is when I look to the words of any appropriate sage who might shed light on the way that I am feeling at that moment in time.

Sometimes it would be so much easier just to act like the others. I can’t even begin to tell you how many times I have flirted with it over the course of my life. Interestingly, there is one line that precludes my ability to ever actually act on something of that intense consequence and that is karma. I am certainly nowhere near perfect and over the course of my life I have definitely made errors in this regard. I am here to report that karma is very real and also to report that when I have chosen to act outside of my code of ethics, there was an equivalent karmic slap waiting for me in retribution. It would be easy to say that I am piecing two non-related experiences together and correlating something that does not exist between them. But it has happened enough times in my life, as to leave me very clear in my choices that I have had my fill of karmic slaps and I’m just not going to ever do anything intentionally to warrant one again. Conversely, I have found that by giving that much more of myself, wonderful karmic rewards find their way to me. Again, you might question the correlation that is created in my mind. There is obviously nothing concrete other than the association in my mind with the behavior I exhibit and the experiences in my life that follow.

I cannot speak to whether or not we are beings that continue to reincarnate and come around in multiple lifetimes as some religions profess. I can tell you that it is very clear to me that different people are vibrating at a different frequency. I won’t do a deep dive into that sentence today other than to say that not every human being is operating in the same level and yes you are one of the ones that are karmically positive and going out into the world with your conscience and allowing yourself to operate in such a manner as to show yourself and others that your heart is in the right place, then you are on the right track. If others give you pause and you wish there were a surefire way to get what you want faster, quicker and easier, I would only suggest that operating life on the bright side is truly the way to go, not only for yourself, but for humanity at large.

Being Keyser Soze as a fictional character is remarkable and makes each one of us get chills down our spine. But being Kevin Spacey and not acting as a karmically whole human being came with a pretty tough to swallow consequence in the real world.