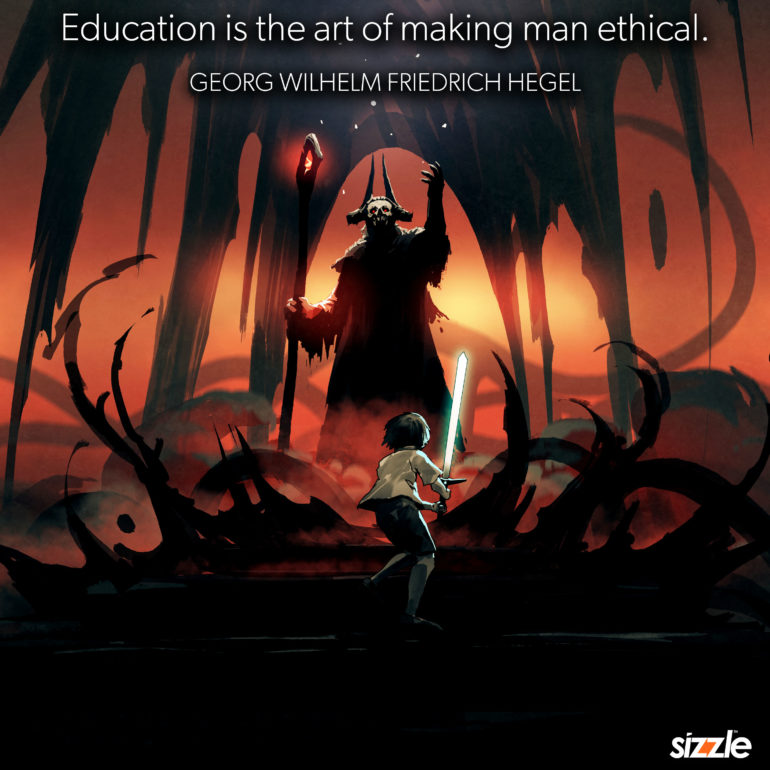 Education is the art of making man more ethical.

I sat with this aphorism for awhile, trying to sort through the permutations that are implicitly created, starting with: is it only an educated process that makes a human being compassionate?

The animal kingdom demonstrates compassion inter-species and intra-species.  Social media is resplendently populated with images of caring animals nurturing an entirely different animal in sweet and loving ways. Is that behavior taught?

So, rather than get caught on that first precept, I put compassion on the sideline and looked at ethics. If we accept the definition of ethics as: ”moral principles that govern a person’s behavior or the conducting of an activity,” then the concept of ethics stands on a cornerstone of morality.   So, that requires the definition of morality: “a particular system of values and principles of conduct, especially one held by a specified person or society.”

If you dissect that definition of morality:  “a particular system of values and principles of conduct, especially one held by a specified person or society,” the flaw in in the perspective lies in the word “specified.”  That legal disclaimer eradicates the obvious objective perspective in favor of a prejudicial subjective perspective.

So when our founding fathers drafted The Declaration of Independence, they were very clear to insert specific language that eradicates the subjective perspective in morality:

We hold these truths to be self-evident, that all men are created equal, that they are endowed by their Creator with certain unalienable Rights, that among these are Life, Liberty and the pursuit of Happiness.

This beautifully-phrased statement most certainly helps move the discussion in the right direction and might almost have been perfect, were it not written by slaveowners.

So, 245 years later, we are still bringing trials like the one surrounding the death of George Floyd, to call out the illegal and heinous activities of those who are not schooled in the ethics and morality that the majority (barely) of our country seems to profess.

Coming back to today’s aphorism, education truly is the art of making man more ethical. But, this must be qualified by evaluating the word education because if you are being schooled by people who do  not stem from your moral fiber, you run the risk of having your subjective perspective slanted by the education you are receiving. This can, of course, be interpreted in both directions.  it is just as valid to call out the education that is bringing people closer to your definition of morality as it is to call out the education that is leading people further away from the same concept.

And, as a final note, even if something is expressed appropriately and fairly such as, “we hold these truths to be self evident,“  does not mean that the appropriate ethical behavior is going to actually be employed (Watch what they do, not what they say), otherwise, Jefferson would have gone home and freed his slaves.

Expected ethical behavior is only a concept (a very fragile one) and it will only last if we, as a species, continue to discuss the topic and to call out the perpetrators of unethical behavior as being such, so that future generations might improve on ethics at large, and therefore elevate society in general.

And to add the final point of the aphorism above… doing all of that is truly an art.