August 14, 2021by Brian WeinerNo CommentsChanging The World One Thought At A Time., Lessons From The Mountain 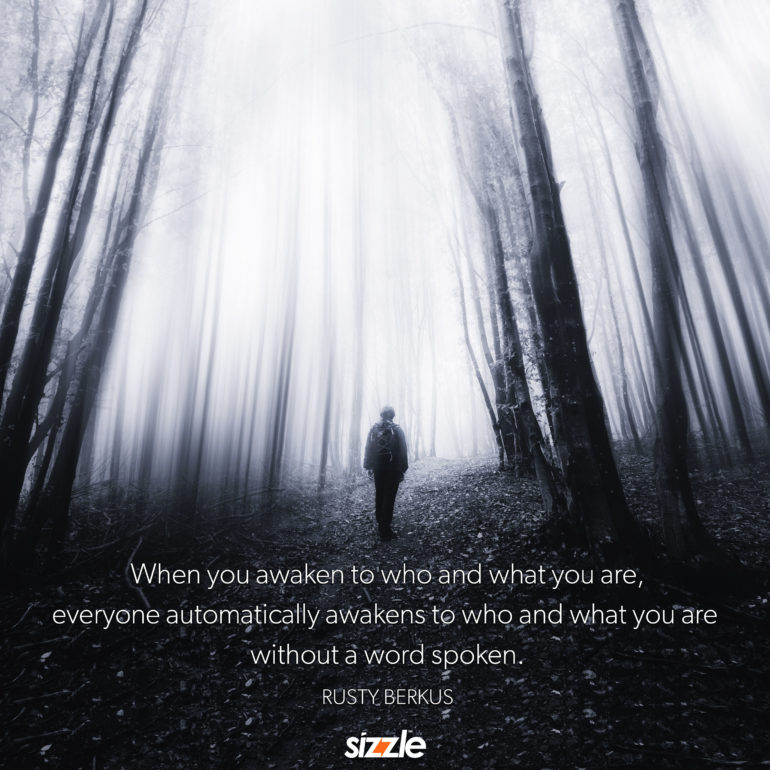 The road to discovery is fraught with a myriad of trials, tribulations, disappointments, elations, and surprises throughout a spectrum of experiences. It is both a magical journey, as well as one that is capable of sideswiping us at a moment’s notice and sending us catapulting off our expected path, trying to regain equilibrium and gasping for a breath of what we believed was normalcy the day prior.

So how in all of this uncertainty does one discover who and what they are?

I believe the answer lies within the methods by which you navigate the proverbial path. I have tried numerous methods. Rigid, mostly structured and complete free form in my quest to figure out the bigger question. I am here to report that none of the methods I have ever tried were in and of themselves, comprehensive. In fact, I would state that any of them, in and of themselves is detrimental to the possibility of really and truly discovering who one is.

The rigid path dictates an unalterable direction, incapable of compromise, and fully structured to achieve the desired goal. At first blush, this looks like the obvious choice. There is a goal, there is a plan. Derivation will only delay the goal, so what’s the issue?

The issue, as Emerson so aptly stated, is that, “Happiness is not a destination, it is a way to travel.” The rigid method would presume that happiness is achievable whilst staying on the straight and narrow. Without giving you a thousand examples, I think the statements discussing a road less traveled have real value. Sometimes it is the side journey on a trip that becomes the unexpected highlight. The gem of the entire experience. It would never be found on a rigid journey.

So the next logical solution is the compromise. The mostly structured experience must be the solution. Travel to where you are going, take a few side roads along the way, but get to the destination in a reasonable period of time, and achieve the expected result. The problem with this is the pivot moment. What if what you set out to do at the outset was a good idea, but time or circumstance create a reason for a significant pivot? A definitive change in the course of direction because of circumstances that dictate such a necessity. A rigid path would never consider a pivot, a mostly structured path could well consider it and perhaps embrace it, but less likely.

Last, the free form, noncommittal path. As would be expected, the pivot above is totally doable, but a lot of the strengths of the prior two models are lost in the free form model. You might expect that this model would, by definition, be the least successful and the most likely to produce a person derelict of responsibility who ultimately gets nowhere. And in some cases, you might be accurate, but in the case of Leonardo da Vinci, the opposite was true. Denied any formal education whatsoever, and ushered into an apprenticeship in Veroccio’s studio, Leonardo was a young lad, born as a bastard out of wedlock, trying to figure how to make the ideas in his mind take shape.  His life road map looks like the path of a chicken mapped out in a field. No rhyme or reason, just following what options came his way while trying to sort out his own purpose for existing.

My point, or more accurately, Rusty’s point in today’s aphorism is that it is not the structure you opt for, it is the internal desire to become who you are destined to be that drives everything. Leonardo did not have to proclaim his artistry and creative genius. In fact, when he was in his 20’s he wrote this introductory letter to the Duke of Milan, hoping for a position in the Duke’s world:

My Most Illustrious Lord,

Having now sufficiently seen and considered the achievements of all those who count themselves masters and artificers of instruments of war, and having noted that the invention and performance of the said instruments is in no way different from that in common usage, I shall endeavour, while intending no discredit to anyone else, to make myself understood to Your Excellency for the purpose of unfolding to you my secrets, and thereafter offering them at your complete disposal, and when the time is right bringing into effective operation all those things which are in part briefly listed below:

1. I have plans for very light, strong and easily portable bridges with which to pursue and, on some occasions, flee the enemy, and others, sturdy and indestructible either by fire or in battle, easy and convenient to lift and place in position. Also means of burning and destroying those of the enemy.

2. I know how, in the course of the siege of a terrain, to remove water from the moats and how to make an infinite number of bridges, mantlets and scaling ladders and other instruments necessary to such an enterprise.

3. Also, if one cannot, when besieging a terrain, proceed by bombardment either because of the height of the glacis or the strength of its situation and location, I have methods for destroying every fortress or other stranglehold unless it has been founded upon a rock or so forth.

4. I have also types of cannon, most convenient and easily portable, with which to hurl small stones almost like a hail-storm; and the smoke from the cannon will instil a great fear in the enemy on account of the grave damage and confusion.

5. Also, I have means of arriving at a designated spot through mines and secret winding passages constructed completely without noise, even if it should be necessary to pass underneath moats or any river.

6. Also, I will make covered vehicles, safe and unassailable, which will penetrate the enemy and their artillery, and there is no host of armed men so great that they would not break through it. And behind these the infantry will be able to follow, quite uninjured and unimpeded.

7. Also, should the need arise, I will make cannon, mortar and light ordnance of very beautiful and functional design that are quite out of the ordinary.

8. Where the use of cannon is impracticable, I will assemble catapults, mangonels, trebuckets and other instruments of wonderful efficiency not in general use. In short, as the variety of circumstances dictate, I will make an infinite number of items for attack and defence.

9. And should a sea battle be occasioned, I have examples of many instruments which are highly suitable either in attack or defence, and craft which will resist the fire of all the heaviest cannon and powder and smoke.

10. In time of peace I believe I can give as complete satisfaction as any other in the field of architecture, and the construction of both public and private buildings, and in conducting water from one place to another.

Also I can execute sculpture in marble, bronze and clay. Likewise in painting, I can do everything possible as well as any other, whosoever he may be.

Moreover, work could be undertaken on the bronze horse which will be to the immortal glory and eternal honour of the auspicious memory of His Lordship your father, and of the illustrious house of Sforza.

And if any of the above-mentioned things seem impossible or impracticable to anyone, I am most readily disposed to demonstrate them in your park or in whatsoever place shall please Your Excellency, to whom I commend myself with all possible humility.

His cover letter and resume take us into the mind of a young man, brimming with ideas and hopes and dreams and trying for his chance to be discovered. And while the Duke did, in fact, hire Leonardo to produce some of what Leonardo had suggested, it was during Leonardo’s tenure in Milan that he more fully awakened to who he was and what he was really on the planet to achieve.  He never went out promoting himself on Instagram. He did not make a TikTok video (that I am aware of), and he did not even have his own Facebook account. He did not have to thump his chest more than an inquiry letter before the doors were opening beyond his stay with the Medicis in Florence. He was able to follow his internal compass and learn through trial and error who he truly was.

More than 550 years later, he still holds the title of the most famous painting of all time. Thousands of products, companies, businesses carry his name, including the airport in Rome. 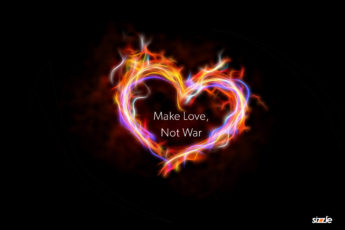 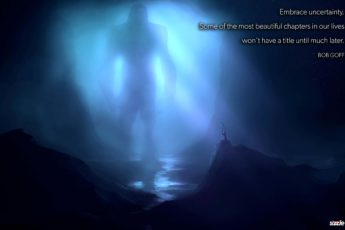 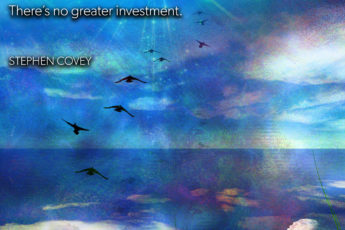 Be patient with yourself. Self-growth is tender; it’s holy ground. There’s no greater investment.

« Previous post
Life isn’t about finding yourself. Life is about creating yourself.
Next post »
When I let go of what I am, I become what I might be.